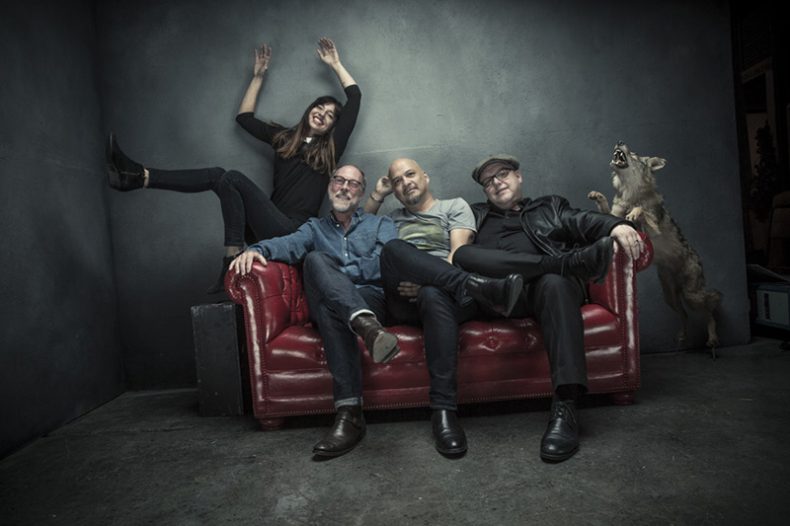 A brand-new track from the Pixies’ upcoming album Head Carrier (September 30Pixiesmusic/Play It Again Sam/[PIAS]) has just been released.  “Talent,” a raucous song that features a cameo appearance by legendary actor Jack Palance, can now be streamed below or here , and is available as an instant-grat track when pre-ordering the new album on iTunes.  The song can also be streamed as a stand-alone single on Spotify, Deezer and all other streaming platforms, and purchased on all other online stores.

The band’s special fan-only pre-sale for the just-announced added UK dates starts today at 9AM at Pixiesmusic.com.  The general on-sale begins Friday at 9:00AM at Pixiesmusic.com.  Pixies ask that if you are unable to purchase tickets at today‘s pre-sale or at Friday‘s general on-sale, not to purchase them at inflated prices from secondary tickets site.  The band is aggressively doing everything it can to stop ticketing rip-offs.

The complete Pixies UK/European 2016 tour itinerary is as follows:

Find all tour dates and get tickets at www.pixiesmusic.com