SPILL FEATURE: DRINKING THE DREGS OF THE WINE UNDER THE HOLLYWOOD SIGN – A CONVERSATION WITH JOEY SANTIAGO OF THE PIXIES 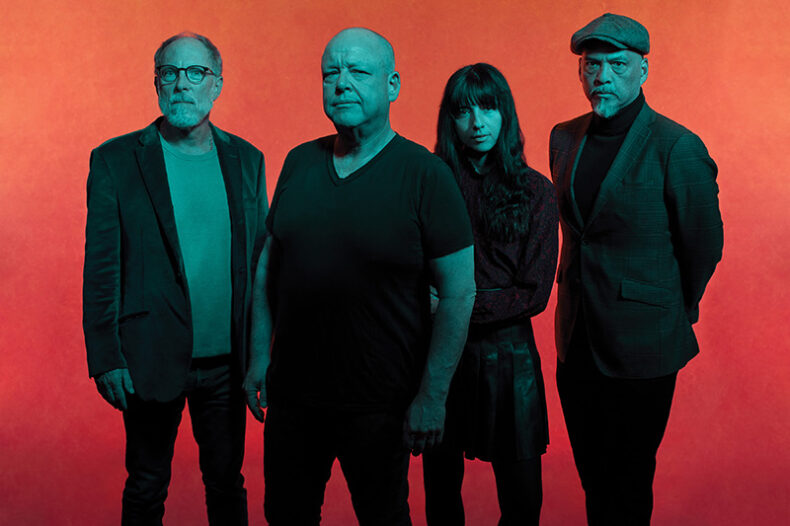 DRINKING THE DREGS OF THE WINE UNDER THE HOLLYWOOD SIGN

A CONVERSATION WITH JOEY SANTIAGO OF THE PIXIES

Not only have The Pixies released their 8th studio album Doggerel, but they’ve hit the ground running playing their new set to various small clubs in the U.S. The band will then head to South America, Japan, Australia, and New Zealand.

Doggerel is an album that came to fruition after a writing frenzy in the winter of 2021-22. This is the third Pixies album to be produced by Tom Dalgety and potentially the best. Taking you down a journey of an internal Armageddon scattered with affairs, indulgences, and references to society’s growing dystopian likeness, Doggerel will delight your ears and quench your gruesome folk and brutal rock fantasies. Lead guitarist, Joey Santiago shares that Doggerel is ‘an extension of the Doolittle era. It shows our growth but it still identifies our sound.”

Frontman Charles Thompson (AKA Black Francis) has been the primary lyricist from the band’s inception but passed the baton to Santiago. For the first time in Pixies history, Santiago co-wrote two songs with Black Francis, including “Dregs of the Wine” and “Pagan Man.” ‘I never [wrote songs] before because nothing was broken. I thought Charles just liked to be a songwriter, you know?’ On reflection, he attributes his work to playing around on his newly-bought acoustic guitar while in a zombie state. ‘That’s what an acoustic guitar does, it makes you write. There’s something magical about it.’

Having written a portion of “Dregs of the Wine”, Santiago left, beating himself up saying ‘I was doubtful about it. Then my fiancé secretly recorded me. I listened back to it and I said, It’s not bad at all.’ Not bad at all is an understatement, but the meat and potatoes can be seen in the lyrical work. The song gives a glimpse of The Pixies’ past, telling stories of drunken nights in Vegas with ex-wives and the deep sadness that comes with knowing what is, will not always be. 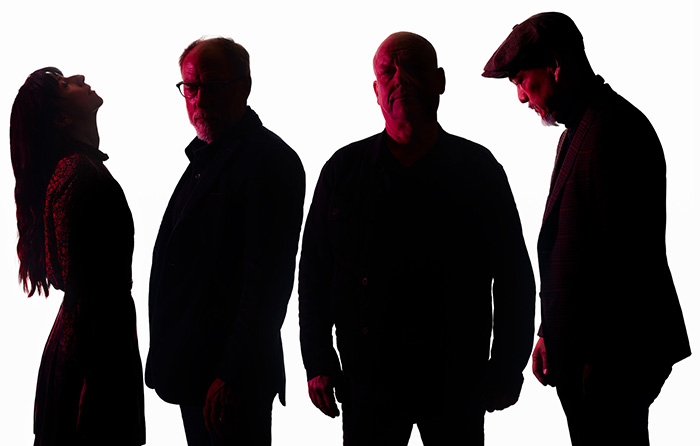 Santiago’s second writing credit, however, came about much more strategically. ‘Charles asked me to do it. He was mumbling some words. I heard him saying, pay the man or something. Pay the man is a little bit too working class for us. It’s stupid. It’s too literal. Pagan man, that’s what I heard. And from then on, I just worked around that’  Beyond references to castles, moons, and other whimsical phonetics, he says his favourite line from the song is ‘It’s on you”. “I like the picture of the pagan man running away-telling the industrial world, you’re on your own and we’re kind of begging them to come back.’

Other than Santiago’s lyrical work on the album, there’s one standout difference from previous bodies of work. The first is the maturity in arrangements. Once a band of musical nonconformists, The Pixies took a more traditional approach, producing three-min songs. ‘It just happened.’ says Santiago ‘We just started coming up with three-min pop arrangements. We couldn’t believe it.’ Pushing the boundaries of their 37-year-old sound, Doggerel is an amalgamation of the band members’ musical influences and worldly experiences. You’ll find them stacking 50s chord progressions with lyrical doo-wops in “Haunted House” or equating 7-Eleven’s beer room to the song titled “Vault of Heaven” with ‘I went to 7-Eleven to try and get me straight’ followed by ‘I ended up in another case. The album will certainly take you on a complex journey, one that is better appreciated with a few listens and invested ears.

SPILL WRITERS strive to keep our readers up to date with news and events in the music industry. We keep you informed of the most recent information regarding new releases, tour dates, and information items about your favourite artists.
RELATED ARTICLES
black francisfeaturesfrank black