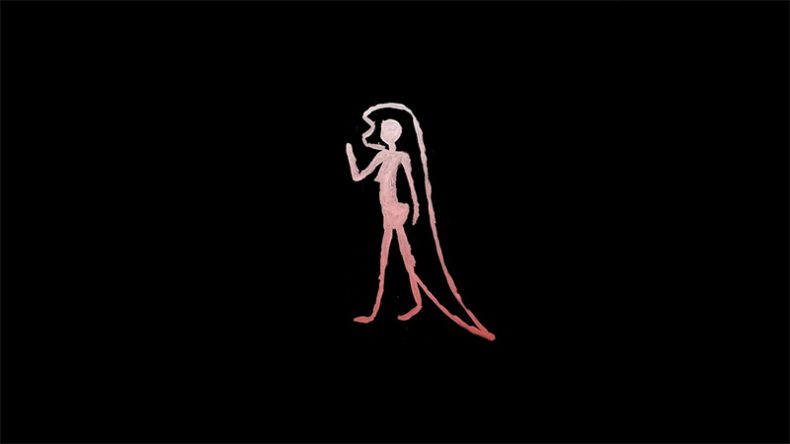 The animated new music video for “Catfish Kate,” the first radio single from Pixies’ studio album Beneath The Eyrie due out September 13 (BMG), ventures deep into the imagination of the band’s main lyricist Black Francis.  The clip weaves the bizarre lyrical and visual tale of mountain woman Kate’s simple task to catch a fish for that night’s dinner, and what occurs that has her known forever after as “Catfish Kate.”

Beneath The Eyrie was produced by GRAMMY-nominated Tom Dalgety and recorded last December at Dreamland Studios near Woodstock, NY.  The band’s “It’s a Pixies Podcast” is the 12-episode podcast that gives fans a real “fly-on-the-wall” look at the album’s recording process.  Each episode has fans witnessing the interaction between vocalist/rhythm guitarist Black Francis, guitarist Joey Santiago, drummer David Lovering, bassist Paz Lenchantin and Dalgety, shining a light on how the songs evolved from a simple riff to what you’ll hear on the finished album.  “It’s a Pixies Podcast” is about half-way through with Episode Seven released this Thursday (8/8), and is available globally on Apple, Spotify, Deezer, and Stitcher; check out all of the episodes at www.pixiesmusic.com/podcast

Pixies 2019-2020 global trek to support Beneath The Eyre begins Saturday August 31 at the Daydream Festival in Pasadena, CA.  The band then heads to the UK for its first European tour in two years, kicking off September 13.  More worldwide dates will be announced shortly.

SPILL NEW MUSIC strives to keep our readers up-to-date with new releases by your favourite artists, keeping you informed of new album, single, and video releases. Stay tuned -- who knows, you might just discover your new favourite band.
RELATED ARTICLES
beneath the eyrieblack francisfrank black