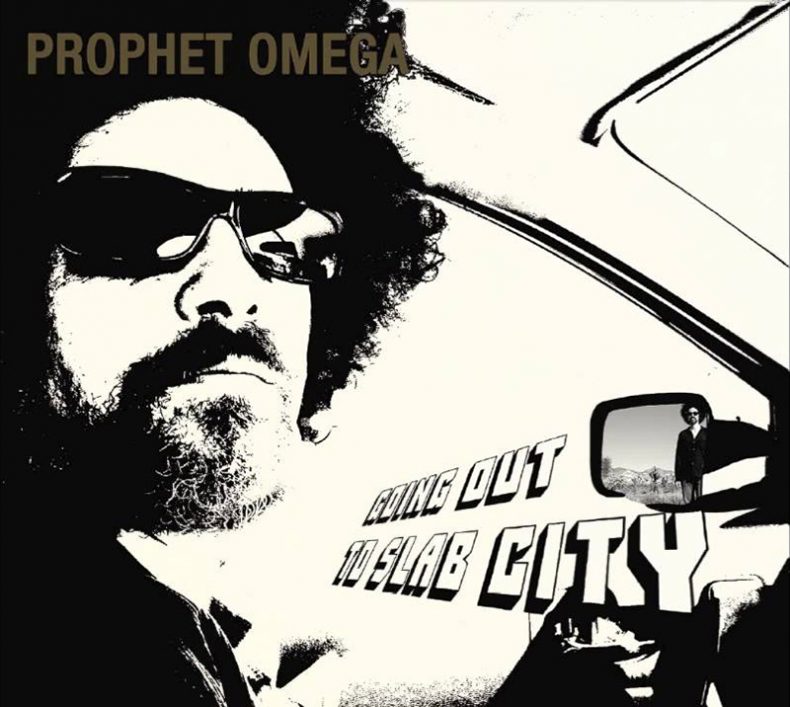 Prophet Omega releases a new one-man, home recorded concept album Going Out To Slab City, available August 30th (in North America) from Total Heaviosity via ILS/Caroline/Universal. (the album was released in Europe on June 30)  Going Out To Slab City is New Yorker Joe Magistro’s neo-psych rock follow up to his EMI/Astralwerks debut album The Natural World.

Written, performed and recorded by Magistro at his home in the Catskill Mountains of New York State, Going Out To Slab City takes the listener song by song on an American road trip from east to west in search of the American Dream.  A journey of yearning, Manifest Destiny and an existential crisis played out on a backdrop of early 70s inspired guitar riffs, tape delay feedback and memorable melodies propelled by the gritty drum beats that made Prophet Omega’s debut a favorite with music supervisors.

Prophet Omega recently embarked on a successful North American tour in support of The  Black Crowes founder Rich Robinson. Joe has also done occasional stints as a side-man in The Black Crowes, playing on tours and albums, as well as with Tracy Bonham, Robby Krieger, Shivaree, and others.

“The song The Day The Radio Died is based on an other worldly encounter in upstate NY and is part of the larger narrative of the Going Out To Slab City album. No one is immune to the occasional existential crisis.

The video was shot in my neighborhood in Upstate New York’s Catskill mountains by Shane Valcich and compiled/edited w/ stock footage by Heidi Petty.”