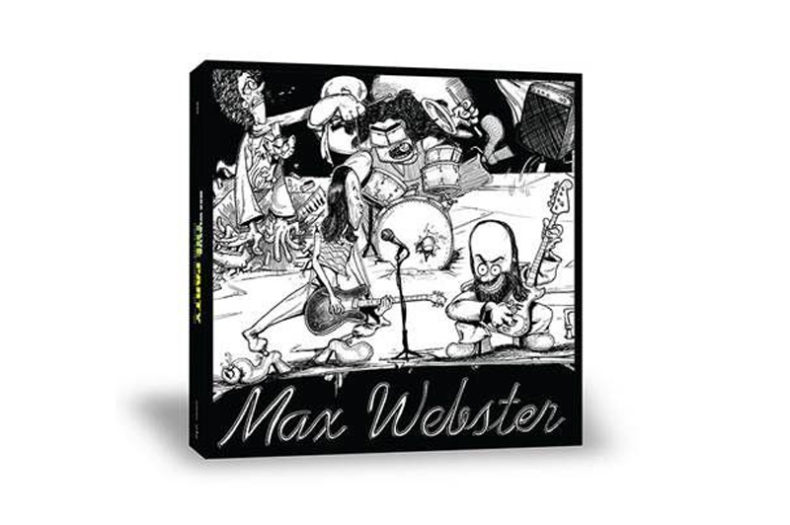 “I’ve been trying since the day I was first hired at Anthem Records over 12 years ago to re release the Max Webster catalogue and the Kim Mitchell EP. Finally seeing this happen is a thrill,” said Andy Curran, Senior Consultant – A&R, ole Label Group.”There is no other band like them, I’m a massive fan and Kim has been a huge influence on me and so many Canadian musicians…it’s about time!”

“The re-mastered records beautifully present more musical detail for your ears to chew on, as well we unearthed and mixed never heard before songs. You’ll hear different musical approaches/arrangements as we worked it out in the studio and live,” said Kim Mitchell. “We’ve included the warm sound of quality vinyl in the package. I kept thinking ‘where has some of this been for all these years’, we carefully picked moments for the box set where the band proved it was definitely  strapped to a foreign rock ‘n’ roll.”

Formed in 1973, Max Webster soon became one of the most original and popular rock bands in Canada. Their first three albums, Max Webster (1976), High Class in Borrowed Shoes (1977) and Mutiny Up My Sleeve (1978) achieved gold status in Canada. Their platinum selling album A Million Vacations (1979) saw the first single “Let Go The Line” reach No. 41 on the Canadian charts and the follow up “A Million Vacations” hit No. 80 in Canada. The album’s third and final single “Paradise Skies” reached No. 21 in Canada and No. 43 on the UK Singles chart. The band appeared on “Top of the Pops” in 1979 and headlined two New Year’s Eve shows at Toronto’s Maple Leaf Gardens. Max Webster were also close friends of fellow Canadian rock icons Rush. In a 1979 interview, Rush bassist and vocalist Geddy Lee, commented that he enjoyed their music and both bands frequently toured together in Canada, the USA and the U.K. during the 1970s. The band went on to be twice nominated for JUNO Awards for ‘Group of the Year’ in 1980 and 1981 respectively.

by Talia Wooldridge on September 29, 2017
WELCOME TO THE PARTY A CONVERSATION WITH MIKE TILKA OF MAX WEBSTER Formed in 1973 by Kim Mitchell and Mike Tilka, Max Webster soon became one of the most original and [...]
8.0