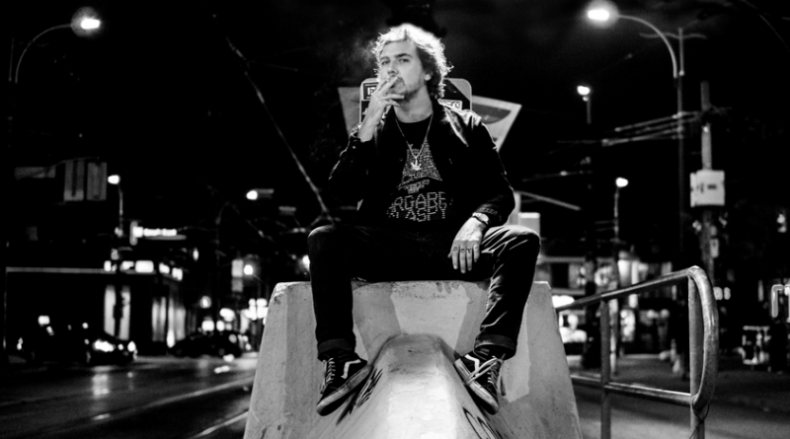 Wednesday was a really chill night at The Needle Vinyl Tavern. Three acts were on the evening’s bill and a small crowd only numbering in the dozens had gathered to enjoy their sounds. The first two-thirds of the evening was singer/songwriter centric as Altameda’s Troy Snaterse performed a solo set shortly before Liza Anne claimed the stage. Both of the openers offered a few new tunes alongside their previously existing material. Liza Anne was a highlight of the evening as her signature brand of melancholia entangled the quiet audience.

By a quarter-past-ten, the evening’s headliner was ready to go. Hailing from South Carolina and bearing the name of “a trauma-related syndrome associated with Central American cultures,” Susto is an exciting alternative country band. This most recent headlining show is their second trip to Edmonton this year as they previously visited the city in the spring. For their welcome return, Susto treated the audience to an intimate and emphatic performance that showcased 16 songs from both their newest album, & I’m Fine Today, and their back catalogue. Fronted by Justin Osborne, the quintet’s modern alternative country rock sound contains nods to their predecessors through walking bass lines provided by Jenna Desmond and classic sounding guitar riffs constructed by Johnny Delaware. Many of their sound’s modern tinges stem from the raucous percussion of Marshall Hudson alongside the synthesiser, keyboard, and guitar textures of multi-instrumentalist Corey Campbell. With their catchy instrumentals and often relatable lyrics, Susto had little difficulty engaging the energetic and enthusiastic crowd.

Near the end of the evening, as the small yet excitable crowd slowly encroached the stage and cheered for an encore it was evident that Susto had satisfied their fans. While there weren’t many people in attendance for their Needle Vinyl Tavern performance, those that did claim membership to the crowd were exceptionally appreciative of the evening’s bands.