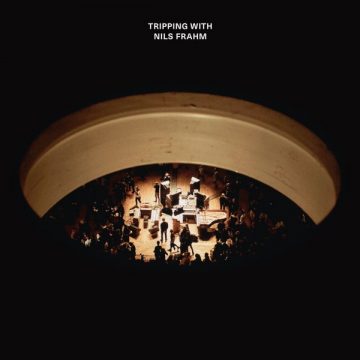 Saying these days that the music of an artist belongs to the category of modern classical doesn’t mean much, mainly because the word ‘category’ sticks out. Many of such artists, particularly those that come up with best ‘modern classical’ music, actually defy strict categorization and come up with music that crosses as many borders as it can.

German artist (in true sense of that word) Nils Frahm is one of them. When you choose any of his releases you cannot be sure what you will hear – solo piano, orchestral music or electronics, some of it even suited for a dance floor.

Or, as is the case with his latest, live release Tripping With Nils Frahm, all of those–and more.

Still, there is one thing that you can be certain with all his releases – high quality music that often reaches that elusive thing they call sublime, and you can list this live album there too. It is actually a soundtrack for a film that digests his four-concert shows at Funkhaus in Berlin from December 2018. But even if you haven’t seen the film it will make no difference, as the album functions as its own entity and perfect showcase of Frahm’s music.

Formerly a lot of things, including a journalist and a translator, currently a freelance writer living in The Netherlands.
RELATED ARTICLES
album reviewalbum reviewserased tapes
8.0