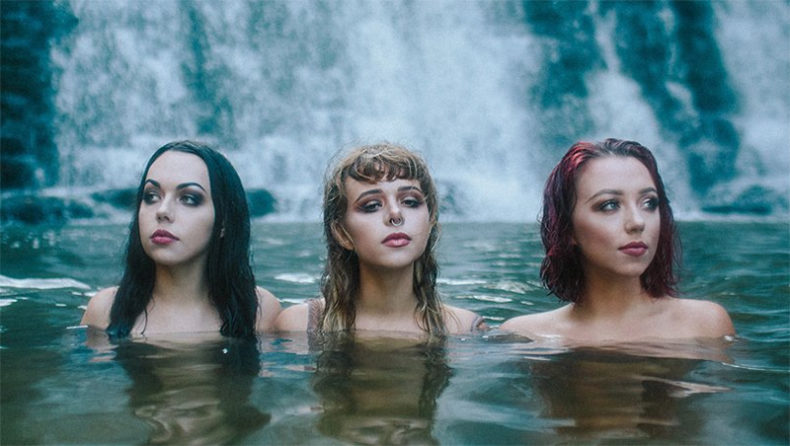 Despite being just 23, 21 and 20, the classically trained sisters who make up VON GREY are seasoned vets, despite being in just their early 20’s. Since entering the industry in 2011, the band has played +500 shows, The Late Show with David Letterman and Late Night with Conan O’Brien, Bonnaroo and Austin City Limits Music Festival. The depth of their music reflects their experience. The lyrics, laced over their signature intermingled and elegant vocals, that power projects their passionate narratives of (song meanings) energetically over infectiously poignant and melancholy cellos, mandolins, violins and piercing drums.

Following three years of sonic experimentation, the band delved into the alt-pop lane for their 2017 release, Trinity, with NPR’s Bob Boilen taking note: “Ethereal and catchy don’t often make a perfect pair within pop music, but the combination is exactly what hooked me on VON GREY, an Atlanta trio formed by the siblings Kathryn, Annika and Fiona von Grey.”

The sisters, now college freshmen, recorded their forthcoming self-produced acoustic EP at their NYU apartment, and are set to tour in support of the release beginning May 9th in Philadelphia.