A CONVERSATION WITH THE ZOMBIES SINGER/SONGWRITER COLIN BLUNSTONE

Colin Blunstone has been performing professionally for a very long time, and he shows no signs of slowing down. He was part of the original British Invasion of 1964, hitting the top of the charts as the lead singer of the band The Zombies.

From 1964 until 1969, The Zombies made the charts several times. By 1969 they broke up, and Blunstone embarked on a solo career. First as Neil McArthur, and later under his real name, Blunstone has had his own solo success. He also sang with Mike Batt and Alan Parsons, to name just two.

In 1990, 1999, and 2004, The Zombies reunited with Blunstone, and Blunstone continued to record as a solo artist. Now, in 2018, Blunstone is touring as a member of The Zombies as well as on his own. A busy man, who truly enjoys what he does. He also sounds, and looks, as good as he ever did. “Touring keeps you fit,” he laughs during our recent conversation. “Being active on the road and physically working while I am singing. Also, being careful with you eat, and learn to pace yourself. “I also love what I do. I would not do i if I didn’t love.” 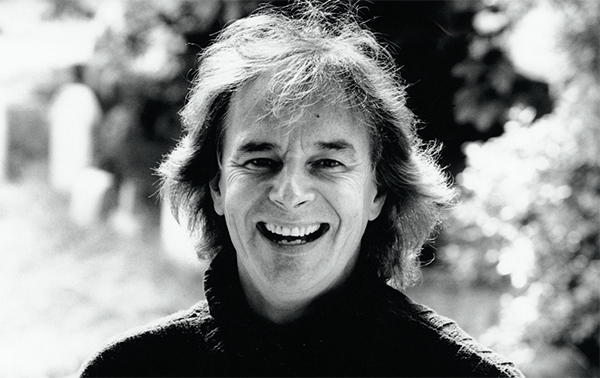 Blunstone met Rod Argent in 1961 and that year would join The Zombies. “We’ve always been involved, since 1961. We learned our crafts together during our formative years. Rod says he learn to write using my voice and I learned to sing with his music. It has always been very natural. The longer you are working with another, you feel more confident.”

As much as Blunstone enjoys being a member of The Zombies, he is equally proud of his solo career and enjoys playing his solo material before an audience. “You might not know what to expect with my solo tours. I do a couple of Zombie songs but I concentrate on my solo music. As a solo artist, I have had hits in the U.K. and Europe, songs like “Say You Don’t Mind”, which was written by Denny Laine.”

When talking about Blunstone’s solo career, one question needs to be answered as to why he initially went solo under the name ‘Neil MacArthur’. “When The Zombies in 1967, the three non writer members of the band were penniless. We had hits and successful albums, but I was broke. I never got songwriting money. So I found a job selling insurance through an employment agency. I knew nothing about selling insurance. At this time, “Time of The Season” was taking off as a hit single in North America. So people started contacting me about doing shows and recording. A producer, Mike Hurst, contacted me and convinced me to go into the studio after work, as I was still selling insurance during the day.

“So we went in the studio and recorded a solo version of “She’s Not There”, which was a hit in the U.K.. So Mike came up with the name James MacArthur, I don’t know why, but as I was just dipping my toe recording my solo career, so I went along. But James MacArthur would not work, as he was a television star on the Hawaii Five-O. I became Neil MacArthur. By 1971 I decided to quit selling insurance and release records under my own name and I had my first solo hit with “Say You Don’t Mind.” 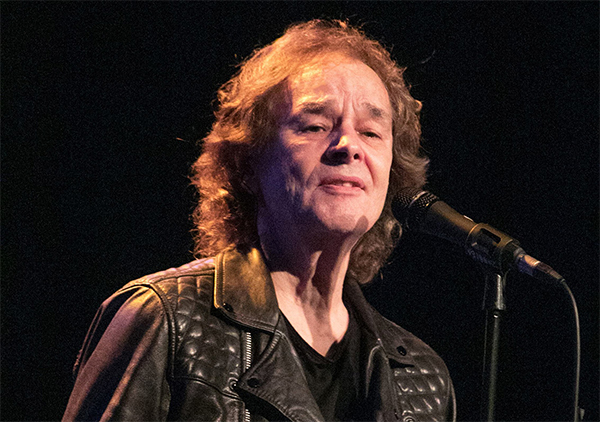 As Blunstone has just wrapped up his European tour (it finished on April 27, 2018), he is preparing for The Zombies tour which starts in June, 2018.

“We will certainly play the hits, but we will also being doing songs from our last album and some obscure album songs. Every performance is different, and memories flood me, but you know for me I am performing from the heart and and thinking of the lyrics and what they mean.”

Blunstone has very pleasant memories of the latest Zombies album, Still Got That Hunger (2015).

“That album was recorded very quickly, at Abbey Road Studios. We came into the studio with the songs rehearsed and recorded the album basically live off the floor. Then I was asked to sing some guide vocals, which I did and we thought they were fine. There is a lot of energy on that album can only come from recording live in the studio. That was a fun album to record.

“I have recorded some tracks for a new solo album and we are talking about a new Zombies album.”

After all these years and all the hits, what is really left for Blunstone?

“I would like to write a quality album, an album where I wrote all the songs. It takes me a long time to write a song, so I don’t know. But never say never. Anything can happen. I have never tried to write hits, or be commercial, when you try it never sounds right.”

Given his track record and his history, there is no doubt we could see an album of Blunstone originals in the not to distant future. In the meantime, a tour of the U.K. (you can check their dates on their website) and hopefully some shows in North America.

Born and raised in Whitby, Aaron discovered music through his love of The Beatles. This led to a career in radio, writing for various publications, and ultimately a radio show about The Beatles (Beatles Universe), which ran for over four years. When not immersed in music, Aaron enjoys spending time with the loves of his life -- his wife Andrea, and daughters Emily and Linda (all of whom have an intense love of music too).
RELATED ARTICLES
argentcare of cell 44colin blunstone

SPILL FEATURE: THE ZOMBIES…ON THE BLUE! – A CONVERSATION WITH 2019 ROCK & ROLL HALL OF FAME INDUCTEES ROD ARGENT AND COLIN BLUNSTONE