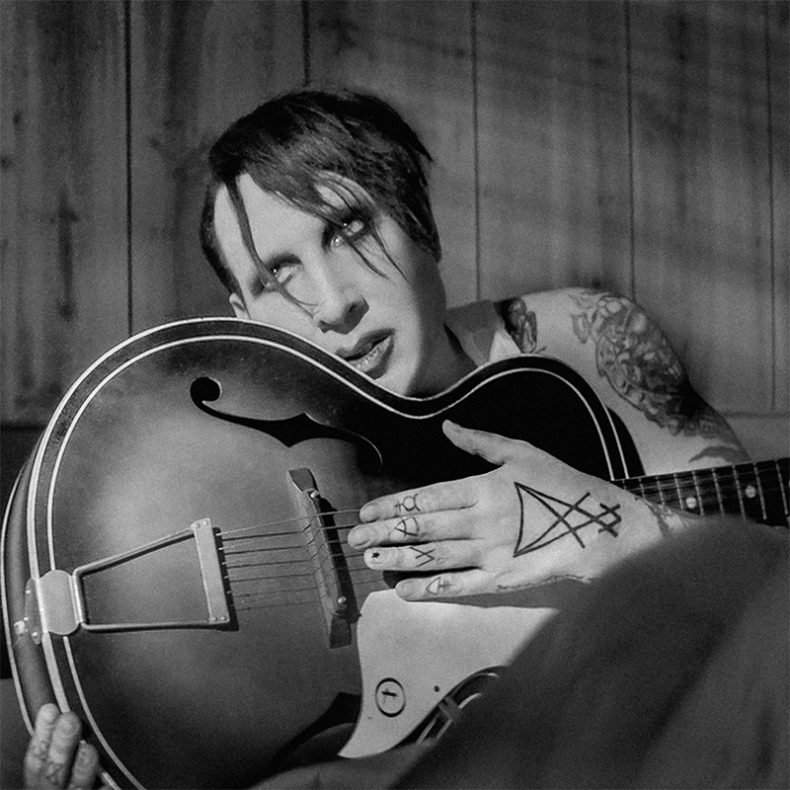 Marilyn Manson has lent his signature gravel and intensity to a new version of “God’s Gonna Cut You Down”,  the classic American folk song, produced by Tyler Bates. Manson reunited with director, Tim Mattia, for the cinematic black & white video filmed in Joshua Tree, California. “God’s Gonna Cut You Down” is available to pre-order now on limited pressing picture disc featuring one of Manson’s original watercolour paintings. Manson is on tour now, see all dates below.

by Gerrod Harris on September 11, 2020
Marylin Manson We Are Chaos Loma Vista Recordings Coming off a pair of acclaimed records, Marilyn Manson is in the midst of a mid-career renascence as he returns with We Are Chaos. The [...]

by SPILL NEW MUSIC on September 1, 2020
MARILYN MANSON – “WE ARE CHAOS” LOMA VISTA RECORDINGS Marilyn Manson announces the release of his eleventh studio album We Are Chaos out September 11 via Loma Vista [...]

by Gerrod Harris on October 6, 2017
Marilyn Manson Heaven Upside Down Loma Vista Recordings It seems this past week or so has been a buzz of news surrounding The Anti-Christ Superstar, Marilyn Manson. First there was [...]