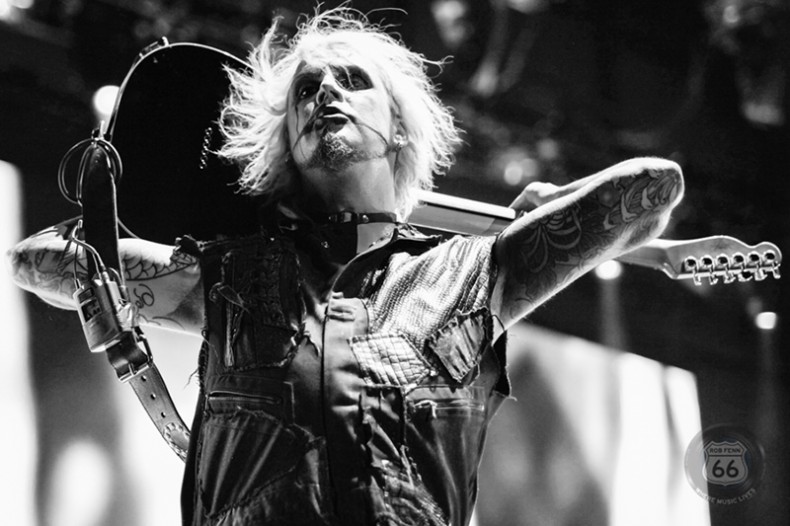 Guitarist John 5 releases a teaser for his upcoming new music video “Making Monsters”. The full video will debut March 1st on Guitar Player and Guitar World’s websites. Also announced are revised dates for his upcoming spring tour John 5’s Behind the Nut Love with the Creatures Tour beginning in March 2016. The tour will start in Westland, MI and conclude in Londonderry, NH with a total of 16 live shows. Tickets are available now on www.john-5.com.

John has had an illustrious career collaborating with chart topping artists such as Lynyrd Skynyrd, Ricky Martin, and Rod Stewart. John has performed on critically acclaimed world tours with Marilyn Manson and Rob Zombie. Later, John ventured into the world of film score composing for Rob Zombie’s The Lords of Salem and 31. In 2004 he branched out into a successful solo career and has since released eight studio albums.

SPILL NEWS strives to keep our readers up to date with news and events in the music industry. We keep you informed of the most recent information regarding new releases, tour dates, and information items about your favourite artists.
RELATED ARTICLES
31john 5marilyn manson
6.0

by Chris X on February 16, 2018
Glass Tiger 31 Halo Entertainment Group Into the eye of the “Glass Tiger”… Not too many bands (let alone Canadian) can say that they’ve been together for more than 31 years, but the boys from [...]