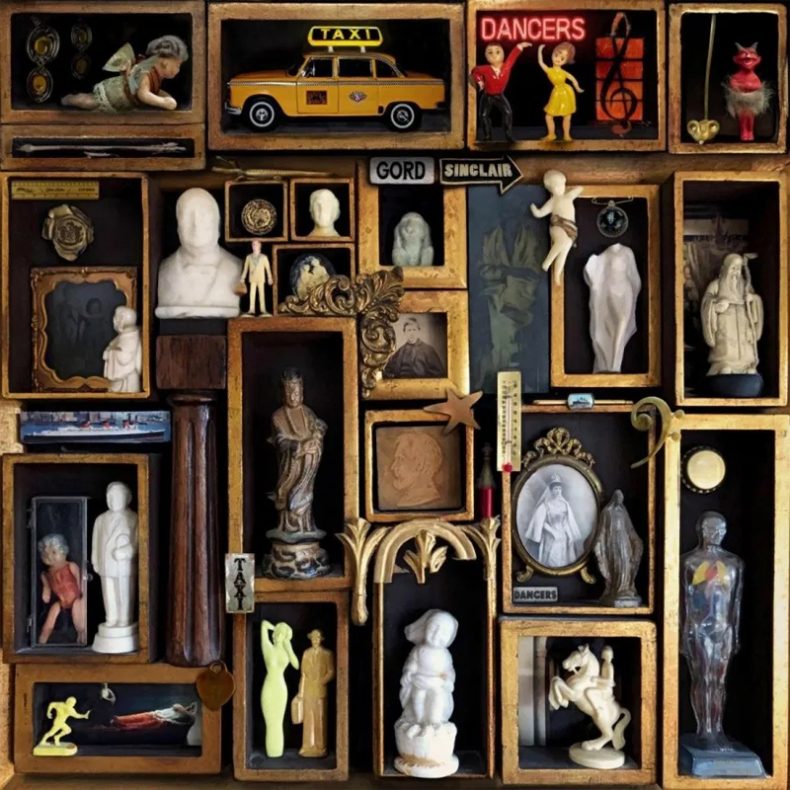 SET TO OPEN FOR THE TREWS ON UPCOMING ONTARIO DATES

Gord Sinclair, well known as the bassist and songwriter in legendary Canadian rock band The Tragically Hip, is gearing up to release his debut solo record Taxi Dancers on February 28th via Pheromone Recordings. Today, he shares two brand new tracks from the upcoming project.

Taxi Dancers is a farewell of sorts, fearlessly exploring Sinclair’s despair about losing a lifelong friend and bandmate. But it is also a clear-eyed survey of what’s good in the world, and a profound statement about why sorrow must be viewed in tandem with joy. Both are elemental aspects of living, and music – especially rock music, with its boundless capacity for nuance, shading, and sheer emotional heft – is perhaps life’s purest mirror.

“I never aspired to be a solo artist,” Sinclair says, “After Gord died, it was like, ‘Wow, I don’t know if I am ever going to do this again.’ But I really missed making music. I’d made music with The Hip since we were kids, and this was the longest period of time where I wasn’t making music. But we certainly were not going to carry on as The Hip without Gord. So it became essential to grab hold of the idea that Gord wouldn’t want any of us to stop making music. He was making music right up until the very end. This other group of people stepped in to help me. Gord would have wanted me to have something important to say. That’s what I tried to do.”

Sinclair wrote (and co-produced) all of Taxi Dancers’ 10 songs while enlisting players with whom he already had a strong musical rapport. They included John-Angus MacDonald of The Trews, a friend since Sinclair co-produced that band’s 2011 Hope & Ruin album, and famed engineer James McKenty whose former band The Spades was also produced by Sinclair. John-Angus MacDonald co-produced and James McKenty mixed and recorded Taxi Dancers during three relaxed three-day sessions at Sinclair’s Kingston home, which was converted into an ad hoc studio summer 2019 for the purpose.

In support of the upcoming project, Gord will be joining The Trews opening for them on a handful of live dates throughout Ontario.  See below for full list of Dates.

SPILL NEW MUSIC strives to keep our readers up-to-date with new releases by your favourite artists, keeping you informed of new album, single, and video releases. Stay tuned -- who knows, you might just discover your new favourite band.
RELATED ARTICLES
gord sinclairin the next lifeit's already too late
8.0