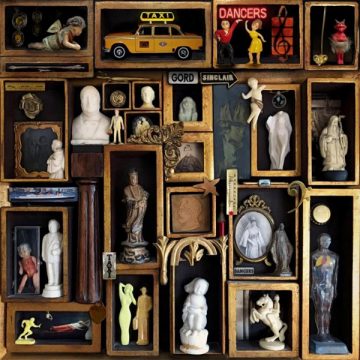 Taxi Dancers, the first solo album from Gord Sinclair, who manned bass and joined in songwriting duties for 40 years as a member of The Tragically Hip, is at times an extension of the music style of the aforementioned band. However, Sinclair doesn’t stop there. Shades of Bob Dylan, Tom Petty, Jeff Lynne, and even Radiohead make appearances. That being said, Sinclair has his own unique style and voice.

Right off the bat, lead single “It’s Already Too Late” will please the senses for any fan of The Tragically Hip. Its gritty nature and Sinclair’s distinctive delicate voice fit like a glove. After a gentle entrance, partway in, guitar and drums pick up nicely which make this arguably the best rock ‘n’ roll entry on the album.

Throughout Taxi Dancers, life’s peaks and valleys are celebrated and remembered, which Sinclair has experienced through the highs of being one of the most celebrated Canadian rock bands of all time to the lows of losing not only longtime friend and bandmate Gord Downie in 2017, but most recently the band’s road manager and sixth unofficial member of the band, Dave Powell.

The intro to the somber third song “In the Next Life” is reminiscent of Radiohead’s 1995 classic “High and Dry”. Heavy on the acoustic guitar and piano, this personal reflection on Sinclair’s relationship with Downie and Powell is a glimpse into the loneliness of human spirits separated much too early in life.

“Up and Over” and “No Words” are two of the more up-tempo catchy tunes that could easily be lost tracks from The Traveling Wilburys, albeit with a different voice and more modern vibe to each song.

Overall, Taxi Dancers is comprised of 10 songs and nearly 40 minutes of consistently great, professionally-produced rock music, with every track being a keeper which makes Sinclair’s debut album a winner in a most wonderful way.

John Graham is a Vancouver-area resident who typically spends most days admiring music of all genres. When not listening to music, John is usually at a live show, somewhere in the bowels of Vancouver.
RELATED ARTICLES
album reviewalbum reviewsgord sinclair
8.0