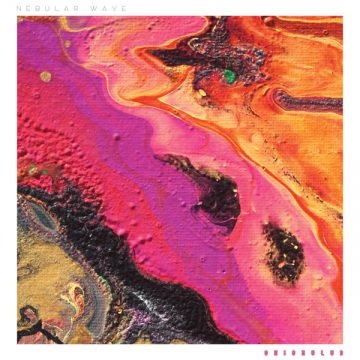 Hailing from Edmonton, Alberta, instrumental space rockers Nebular Wave have released their first LP Chicxulub. The album is described by them as the “refined result of late-night jams, early morning freak outs, and mid-day improvisations”. It’s difficult to think of a better way to approach this album from a listener standpoint as the sounds ebb and flow and morph and sonic textures are shaped up and built upon before being melted down again. By the end, one might have the impression they are trying to hypnotize you.

Title track “Chicxulub” is over 21 minutes long with a mesmerizing, pulsating, wobbling beat that sets the foundations for the rest of what follows and the opening few minutes work like a tractor beam on your ears, sucking you into the space the album will occupy and holding you there for the duration. “Raw Shock” follows at over 8 minutes, and with hardly a gap between songs you couldn’t stop even if you wanted to. It’s around this point that you realize Nebular Wave is an experience. Nebular Wave is a commitment.

The next track, “Sickness X-1”, shifts the tone slightly and incorporates horns, and there is the impression that the pace has slowed slightly and we are allowed more of a chance to look around the space we’ve been sucked into. “Looner Oscillations” opens with the sounds of birds twittering and other animal sounds before morphing into more synthetic noises resembling the buzz or drone of an insect, and if we are on a psychedelic river float like it sometimes feels, with no place to go but further down Space River, this track represents a slower-moving part of it, a reprieve from the intensity of the first half of the record. “Lamenting Hour” immediately raises the tension again, bringing to the surface an ominous tone that has been burbling in the background from the start.

Overall, Nebular Wave shape the textures of this album like a potter at the wheel, free from vocals to jam and drift and crank the knobs and let one thing slowly turn into another, free to take any form they want. In the end, Chicxulub is an experience very much worth the journey.

Dan Kennard is an English teacher and fiction writer living outside Kansas City, Kansas where he lives with his wife and children. More about his work can be found at amazon.com/author/dankennard. You can also follow him on Twitter and Instagram @kennardistry or contact him at kennardistry@gmail.com.
RELATED ARTICLES
album reviewalbum reviews
9.0