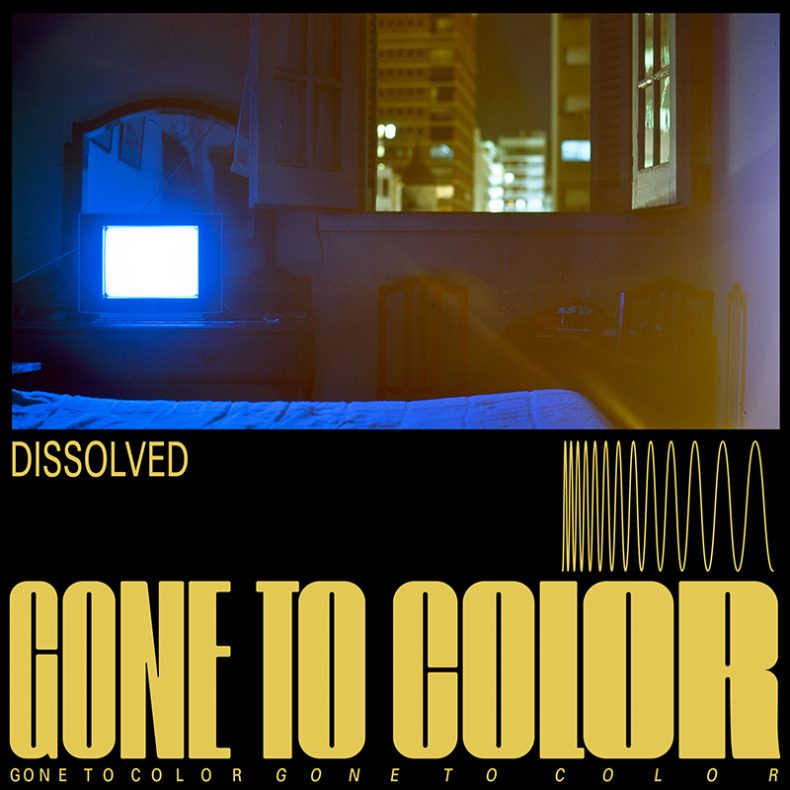 “This song went through a number of phases in order to get to its final form. After recording drums, bass, and guitars, we started manipulating the audio. It was initially a fairly groovy and traditionally recorded rock instrumental. But when we worked with Richard Devine, he had the idea to slow things down. With a slower tempo and additional electronic sounds, the feel of the song was compelling and entirely different from where we started.

We have always had a soft spot for a lot of the music coming out of Bristol, and both of us share a love for the album Maxinquaye, on which Martina’s vocals are featured. Having thought for a bit about the feel of the instrumental we had for “Dissolved,” and the vocal it needed, we thought Martina would be a perfect fit. She has a keen ability to develop a melodic line beautifully as the lyrics progress.” ~Gone To Color

Gone to Color is an experimental rock/electronic music duo originally formed in Cincinnati and currently coexisting in Atlanta and Washington D.C. Core members Tyler Bradley Walker and Matt Heim frequently use the collaborative space to explore their songwriting with other artists.

Gone To Color’s music explores the intersection of electronic and art rock, supported by liberal use of analog synths and inventive sound design. Heim and Walker use the collaborative space to explore new ideas and synthesize their songwriting into vocal-driven electro-acoustic soundscapes.

Their debut album is full of color, flavors, and nooks that remain interesting listen after listen. It’s eclectic but connected, dark with some light, immersive and intricate. One of the standout performances on the record is Angus Andrews powerful reflection on the track “Suicide.” Canadian vocalist, and member of The Luyas, Jessie Stein articulates evocative lyrics among an ocean of synth and guitar textures on “The 606.” Carson Cox, of the band Merchandise, challenges pop with a provocative vocal on “Voyeur Nation.” On “Dissolved,” Martina Topley-Bird earnestly sings a nuanced, rhythmically engaging downtempo ballad in the way that only she can. Strong performances by veterans Kurt Wagner and Ade Blackburn add a thoughtful, engaging poeticism to the album’s progression at just the right times.