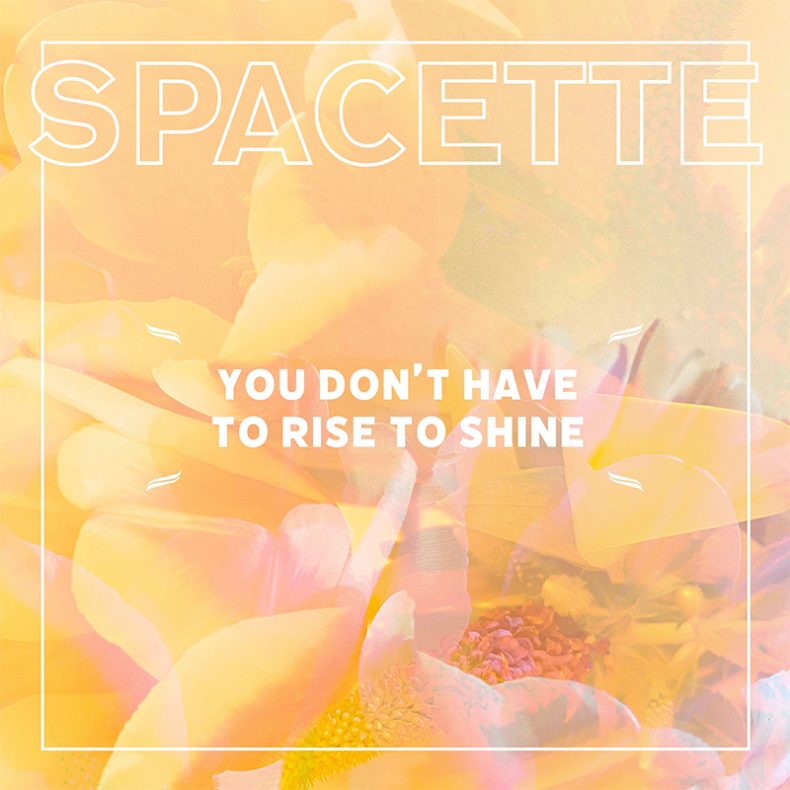 SPACETTE – YOU DON’T HAVE TO RISE TO SHINE

When Spacette launched in March 2020, LA-based Jordan Heimburger didn’t know he was creating a musical idea built to thrive during the weird years of the pandemic—and then come out from hiding when the time was right.

The time is right now. We’re stepping outside our rooms and finding the sunshine exhilarating but a little too bright. We’re out among people and feeling fresh energy, but that energy is tinged with anxiety, and It’s all a bit surreal.

Spacette’s new work has a distinctly dreamy vibe, a natural evolution from 2020’s self-titled debut, given the shifts in the world between releases. That first EP was a mix of dystopian themes and sci-fi imagery. You Don’t Have to Rise to Shine brings Spacette out of isolation and into the natural world with all of It’s lush, spacious vocal harmonies and airy instrumentation. Cold isolation has given way to something brighter and warmer, but still a little vulnerable.

“The songs on You Don’t Have To Rise To Shine came together during a time when people were processing opening back up to the outside world. Trying to feel okay when you’re not exactly feeling great. I think that comes across in the optimistic tone of these songs. We had a great time putting the EP together, especially collabs on some killer horns, sax, flute, and synth parts by friends from across the US.”

by SPILL NEW MUSIC on August 11, 2021
DAVID LONG & SHANE O’NEILL – DREAMS COME A SPILL EXCLUSIVE EP PREMIERE We are impressed with the amount of noteworthy music has been coming out of Ireland as of late – [...]