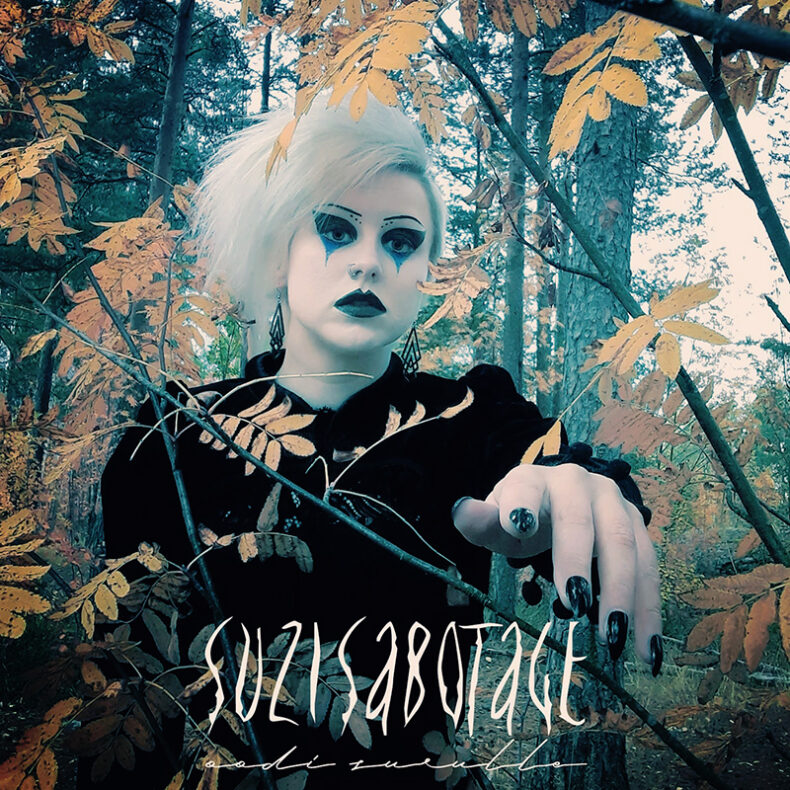 Suzi Sabotage’s new single “Oodi Surulle” (“Ode To Sorrow”) unconventionally entwines two worlds that aren’t mutually acquainted – neofolk and darksynth. This is Suzi’s first song in Finnish, her native language with the backdrop of kantele, the national instrument of Finland. The lyrics embrace longing and sadness, as those are one’s most loyal companions in a neverending pursuit of love, and grieve the loss of what you never had or could hold onto just for an ephemeral moment.

Suzi Sabotage is a dark coldwave solo artist from Helsinki, Finland, and her wintry, gloomy, synthpunk soundscape is both danceable and ethereal. The media had even called Suzi the ‘Finnish siren’ and she exudes an air of desperation with her distinctive voice. Suzi Sabotage began her solo career in 2017. The Helsinki-based artist’s music can be compared to that of Siouxsie and the Banshees.