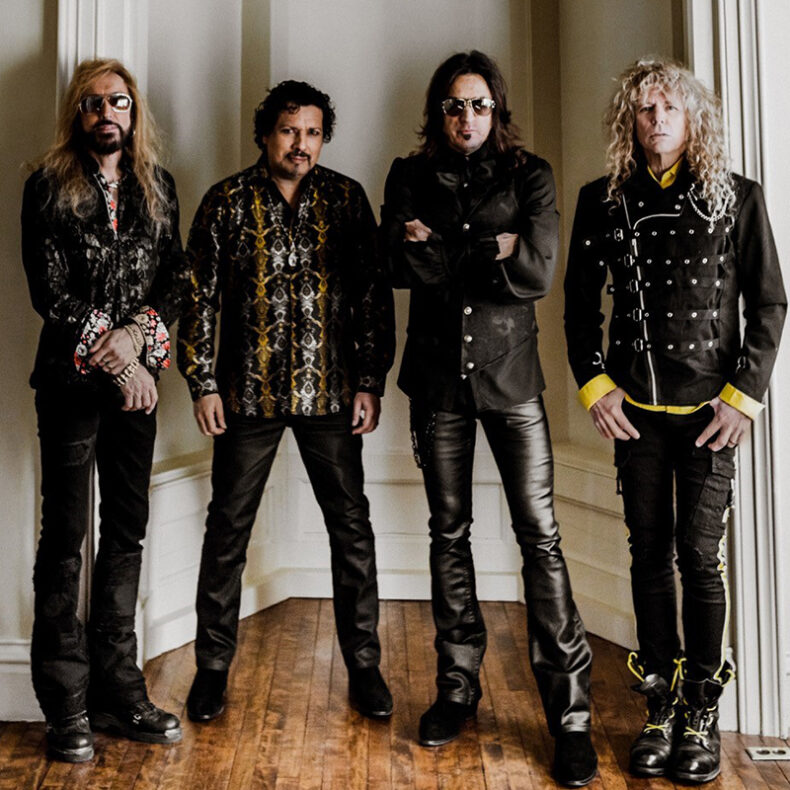 The Final Battle was crafted during the most challenging time of the band’s career. Rather than let the adversity get them down, Stryper accepted these challenges and channeled it into writing some of the greatest songs of their storied career.

One of those great songs is the band’s latest single “Transgressor” off of The Final Battle. When asked about this new single Stryper front man Michael Sweet said, “’Transgressor’ is a ride like no other. You take off at 100 MPH and it doesn’t let up until the very last note. It’s definitely one of our heaviest songs yet we wanted to incorporate melody and structure. We’re really excited about this one and we can’t wait to perform it live!”

When it comes to groundbreaking bands in the metal genre, Stryper is renowned for their distinctive brand of “heavenly metal,” extraordinary crossover success, and venerable endurance. The group ascended to prominence in the 1980s with Billboard Top 40 hits like “Calling on You”, “Honestly”, and “Always There for You” and has maintained a global fan base since.

Stryper’s career album sales exceed 10 million worldwide, including 1986’s multi-platinum release ‘To Hell with the Devil’. The band also made history when it notched two songs simultaneously on MTV’s Top 10 with videos “Free” and “Honestly”.

While Stryper is known for their Christian faith, their decades plus career in heavy metal has made them much more than just a ‘Christian metal’ band. Sure, that is part of who they are, but at the end of the day, they are simply a long-running and well-respected heavy metal band with a late-career rebirth that has proved their enduring talent and musical skills are well intact.

Some 37+ years after emerging from the southern California nightclub scene, Stryper continues to record, tour and perform for loyal fans around the globe. With three original members including brothers Michael Sweet (lead vocals, guitar) and Robert Sweet (drums), Oz Fox (guitar) and newest bandmate, seasoned bassist Perry Richardson (formerly of Firehouse), the group finds itself creating their finest, most powerful music yet.

Stay tuned to Stryper’s socials below for updates on the release of more singles in the buildup to the release of The Final Battle as well as upcoming tour dates from the legendary metal group.