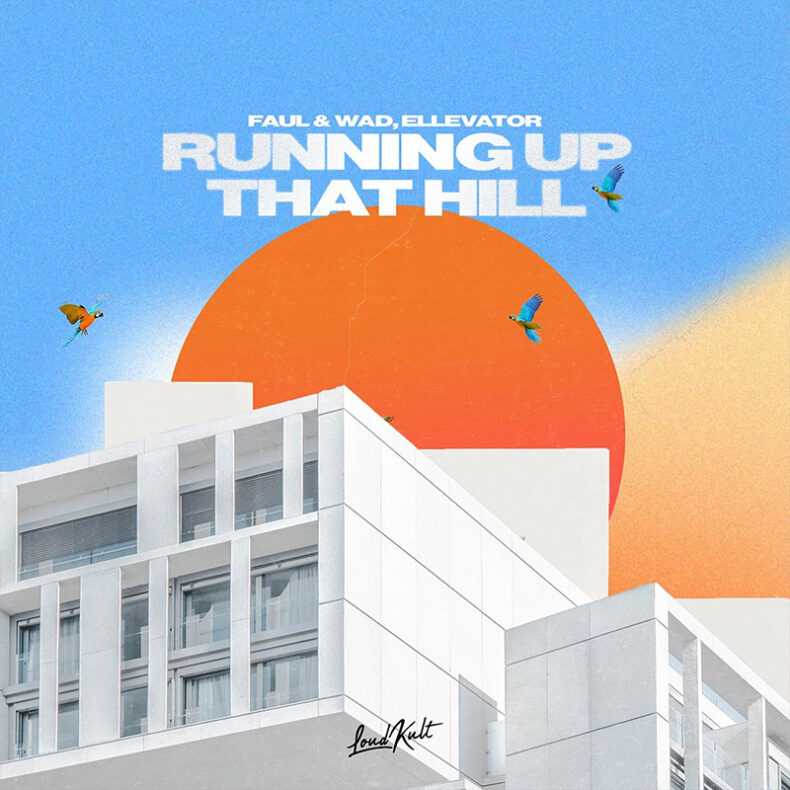 French DJ duo Faul & Wad join forces with Canadian alternative band Ellevator to turn Kate Bush’s iconic “Running Up That Hill” into a tropical house meets chill house anthem that fits perfectly with sunsets by the beaches. The new single is out now via Loudkult.

Ellevator has been performing “Running Up That Hill” for years as part of their live shows; they recorded a live session with Sirius XM in 2018 as promo for their debut EP and later released a studio version. The attention shone on Kate Bush’s song through Season 4 of Stranger Things led to organic (re)discovery of Ellevator’s cover of the song across DSPs, and their live session video accumulated over 1.2 million views leading to NYLON including them in their list of “covers as good as the original” and other press mentions. In October of 2019 Spill Magazine announced the single as their TOTD (Track Of The Day).

Faul & Wad found Ellevator’s cover of “Running Up That Hill” during the fervor surrounding Stranger Things and loved the band’s treatment of the song and Nabi’s voice in particular. The duo worked with the band and created this fantastic reimagining of Kate Bush’s classic.

Faul & Wad scored an international hit with PNAU entitled “Changes” that top charted in 12 countries, incl. #1 German Dance Charts while Ellevator has also been featured at the likes of SPIN, The Line of Best Fit, Consequence, FLOOD, Exclaim, Talkhouse and more for their recently released debut album, The Words You Spoke Still Move Me (out now via Arts & Crafts).

by SPILL TRACK OF THE DAY on October 10, 2019
ELLEVATOR – “RUNNING UP THAT HILL” (KATE BUSH COVER) [SINGLE] ARTS AND CRAFTS RECORDS HAMILTON, ONTARIO OCTOBER 10, 2019 Hamilton’s Ellevator are sharing their cover of Kate Bush’s “Running Up That Hill”. The band has been [...]