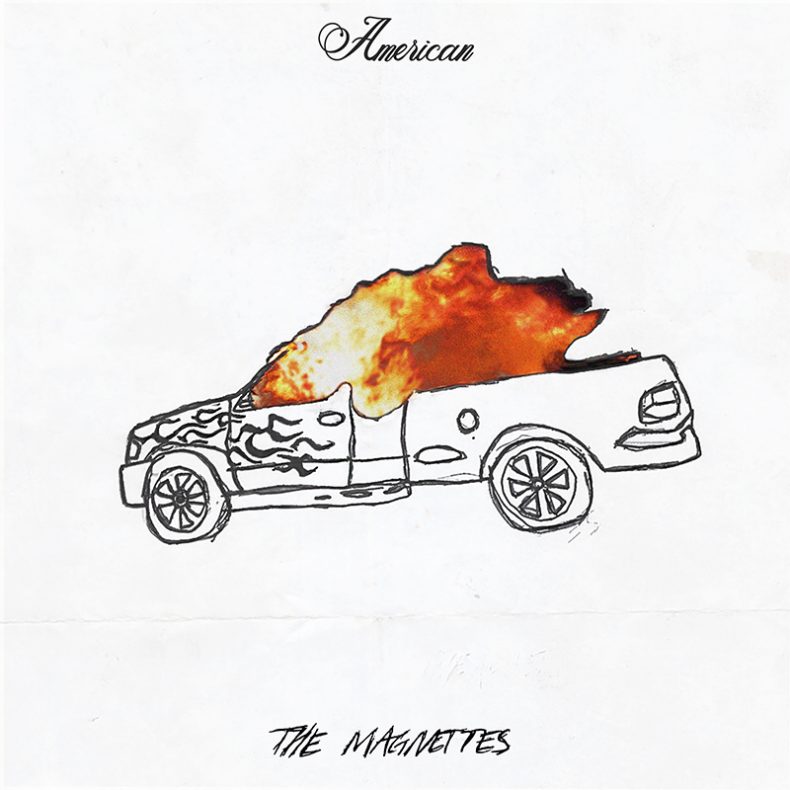 “Since we were babies, we’ve lived through our TV set,” Digervall says. “Growing up in a remote, small arctic town in Sweden, the way out was through American movies, music, sitcoms, and reality shows.”

“It taught us what love was and how to ‘live the dream,'” Kalla adds. “Like junkies, we swallowed it in chunks: the twist and turns of teenage drama, the cute narratives, and the noble ideals that real life continuously fails to live up to…”

“But ‘American’ isn’t really about America at all,” the duo sum up. “It’s about finding that rush, having that runaway, ‘ride or die’ feeling in your crappy hometown, and abandoning that last shred of romance for a taste of the real thing.”

With SXSW, CMJ, a Netflix sync for the show Elite, and main subjects in the film fest fêted documentary Pajala State of Mind (Hans-Erik Therus) on their roster, The Magnettes first released their debut album, Ugly Youth, in 2017.

Dubbed one of the ‘Best Albums of the Year’ by PopCrush, the band has been critically acclaimed across radio and media around the world, including Earmilk, Perez Hilton, The 405, Elle Sweden, Cosmopolitan (Russia), and more.

Hailing from Pajala, Sweden — a sleepy Arctic Circle town of ~ 2,000 — and with Digervall and Kalla having first met at age six, The Magnettes weave the remote region’s once-forbidden minority language of Meänkieli, and the area’s traditional folk music, into their now-signature infectious and inimitable brand of glitter punk pop.

“And question everything,” Digervall nods.

“We describe ourselves as non-normative, as witches, and as sisters of the ugly youth,” Kalla continues. “We’re reclaiming the word ‘ugly.’ Why does ‘beautiful’ have to be the standard? We have no regrets. We’re saying exactly what we want to say.”

“Something happened in Nashville when we went for a songwriting session,” Digervall says. “We were just like, ‘yeah, it’s time to be fearless and write whatever the eff we want.

“There’s some sort of Northern rebellion,” Tuneström offers. “We don’t want to be your average self-obsessed diary entries. We aim to do something bigger, but we want to do it without moving to Stockholm, London, or LA, and without writing songs about ‘beaches’ and ‘being super fit’ because, what’s interesting about that?”

With “American,” that’s not a worry. Hear what that means; “American” is available now.