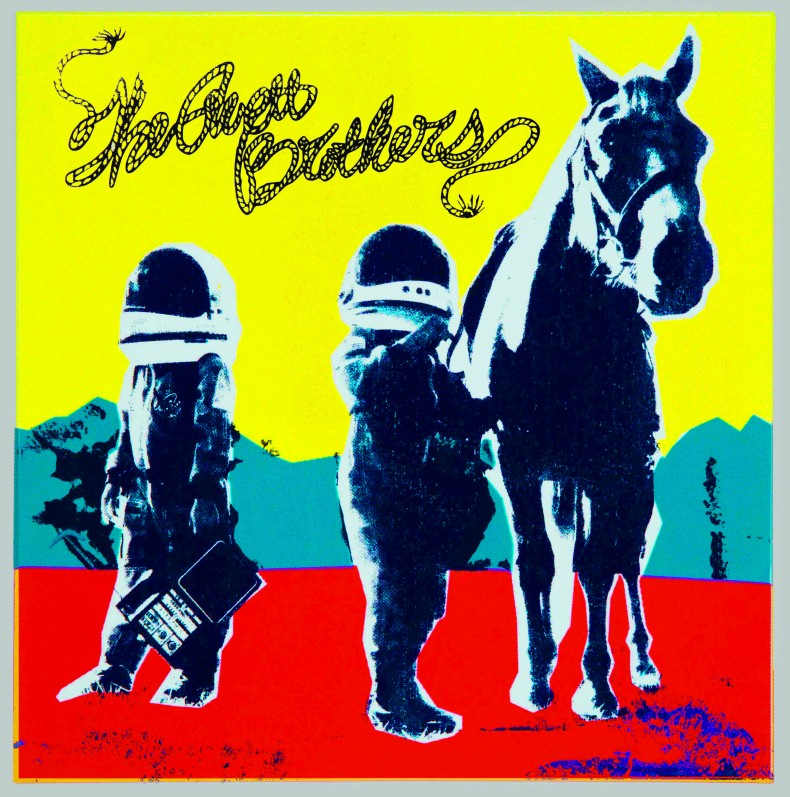 In a heartfelt personal letter penned by Seth Avett, Grammy Award®-nominated alternative folk collective THE AVETT BROTHERS revealed today that they will be releasing their new album, True Sadness [American/Republic Records], on Friday June 24, 2016. The first single is titled “Ain’t No Man.”

The record reflects THE AVETT BROTHERS’ artistic, musical, and personal evolution over 16 years as a band. Eloquently describing what’s to come on the horizon, Seth writes, “True Sadness is a patchwork quilt, both thematically and stylistically. Wherein a myriad of contrasting fabrics make perfect sense on the same plane, this album draws upon countless resources from its writers and performers.”

Most importantly, he assures, “Throughout the album, we stitched together the boldest red and the calmest green, polka dots and stripes, the roughest denim and the smoothest velveteen. They came together because they are the best patterns we have and because each of us brought our own fabric to the quilting frame.”

Heralding the album’s impending arrival, THE AVETT BROTHERS have lined up headlining SXSW performances in Austin, TX this week. They’ll perform at “Music is Universal” presented by Marriott Rewards and Universal Music Wednesday, March 16 at JW Marriott Austin and at the Republic Records Showcase on Thursday, March 17 at Scoot Inn.

In addition, this summer, the group plays some of the world’s most iconic venues on its full-scale North American headlining tour. They’ll play Madison Square Garden in New York City on April 8, the Greek Theatre in Los Angeles on April 29, and host a three-night stand at Red Rocks in Morrison, CO 7/28-7/30. It promises to be their most memorable summer yet. Check out the full itinerary below. 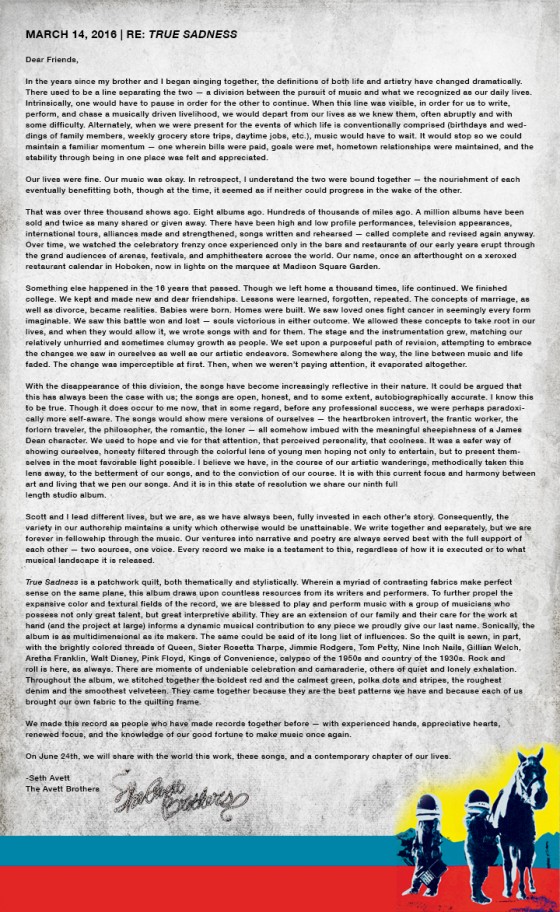 SPILL NEWS strives to keep our readers up to date with news and events in the music industry. We keep you informed of the most recent information regarding new releases, tour dates, and information items about your favourite artists.
RELATED ARTICLES
americannewsrepublic records