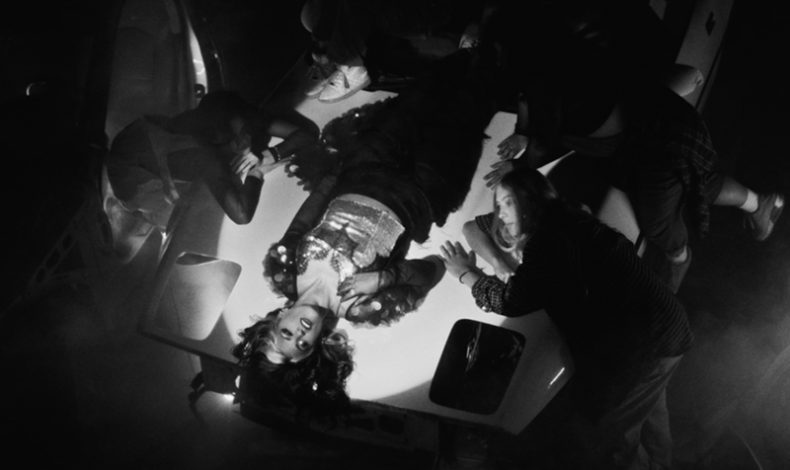 DEAR ROUGE SHARE THE VIDEO FOR THEIR SINGLE “FAKE FAME”

Last month, Dear Rouge returned with their incredibly catchy new single “Fake Fame”, which has already hit #11 on the Canadian alt-radio charts and has been featured on top playlists including Spotify’s It’s A Bop, Rock Your Block, New Music Friday Canada, and were the cover of the Ready to Rock playlist. They were also featured on Apple Music’s Breaking Alternative, New in Alternative, New Music Daily and also landed spots on the Amazon playlists Fresh Indie, Fresh Rock and so much more. Today, they drop the stunning new visuals for the track, watch the video for “Fake Fame” below.

Paying homage to Hollywood classics such as Sin City, Pulp Fiction and Kill Bill, the video toys with the appeal of staying in the spotlight and examines how the world of fame, glamour and “the show” can wear you down, break you, something often imperceptible to the outside world as your public face continues to mask the price that fame extorts.

“We really pushed ourselves to try some new things on this video,” said Dear Rouge lead singer Danielle McTaggart. “Filming for 24 hours straight was almost like a microcosm of show business. There were moments where I was fresh faced, truly enjoying myself, and doing the “song and dance”, so to speak. But as I grew more exhausted throughout the night, I would ask myself, do I have the energy to do another take? Will I remember all my cues? There’s so much pressure here, and I don’t want to disappoint anyone. The takeaway question for viewers is am I enjoying being pulled into this world or am I trying to escape it?”

Director Matt Lawrence explains his vision for the video, saying,

“Our interpretation when first hearing the song was that it wanted to take aim at the seductive fantasy of fame by looking behind the veil at its ugly underbelly and asking – why do we continue to chase dreams of grandeur to the point of self-destruction? We let this theme play out quite subtly though, and at the end of the day it was most important for the feeling of the visuals to be right for the song. The idea of a fantasy world allowed us the freedom to be looser with the narrative and just give Dani a playground to perform in.

When Dani and Drew first told us about the scrap yard in Cultus Lake, we knew we had to do it there. It had all the raw visual symbolism of a place where dreams had gone to die, and the textures of used-up metal and discarded scrap provided a perfect contrast to Dani’s fantasy of fame and stardom. The dancers who emerge, almost zombie-like from the scrap are at first Dani’s adoring fans, doting on her every move; but gradually become attention craving scavengers who pull her down to her eventual breaking point.”

Since the release of their 2013 hit single, “I Heard I Had,” the band have spent the years since releasing music (2015’s Black To Gold and 2018’s Phases), touring and sharing the stage with Lights, Phantogram and Arkells, and topping the radio charts with “Black To Gold”, “Live Through The Night” and “Boys & Blondes.” Composed of couple Danielle & Drew McTaggart, the band won the 2015 SOCAN Songwriting Prize for “I Heard I Had” and the 2016 Juno for Breakthrough Artist of The Year.

by SPILL NEWS on April 30, 2022
METRIC ANNOUNCE NEW ALBUM FORMENTRA AND VIDEO FOR “ALL COMES CRASHING” THE DOOMSCROLLER TOUR STARTS THIS AUGUST “All Comes [...]

by SPILL NEW MUSIC on October 27, 2021
DEAR ROUGE SHARE BRAND NEW SONG AND SENTIMENTAL VIDEO FOR “LIFE GOES BY AND I CAN’T KEEP UP” UNIVERSAL MUSIC In an epic [...]