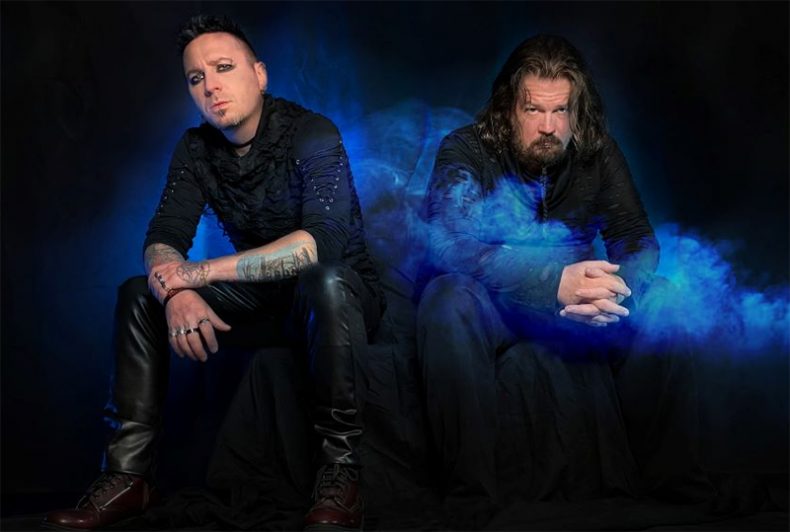 A CONVERSATION WITH COREY JAMES OF CARBONSTONE

Being a rock star and being in a band can be hard sometimes. Constant touring and being away from home can have its toll. And Maryland’s CARBONSTONE was no stranger to the pressure and burn out back in 2014 when they were playing shows every weekend, sometimes two shows a night, along the East Coast. At the same time they were recording their album What You’ve Become, and with that and life and the pressures, they decided to call it quits. They went their separate ways and got involved in other projects. At the time, Corey James, the band’s front man, thought it was the end. It was over for CARBONSTONE.

But he couldn’t let it go. After a seven-year hiatus and finding himself in a slump, James felt the inspiration spark in him in January of this year. ‘If you’re a musician or an artist, you can only put something down for so long.’ He’s totally against regrets in life and doesn’t want to be an 85-year-old man and think that he should’ve pushed harder. ‘So do what you can, with what you can, when you can.’ With that, he breathed life back into the band with some new members and new creativity and spent the first three months of 2021 writing a new album before hitting the studio in April, with completion in mid-September. The band’s lead guitarist Neely Johns and James do most of the writing before their engineer wraps things up into the final product we get to hear. James comes up with the initial structure of the song and then Neely does his part and then they take it to the studio, where Tony Correlli, the engineer, ‘rips it to shreds’ and then brings it all together. He says that the writing process is crazy. He has a phrase or a line on a piece of paper in one place, and then another line in another place, with notes in his cell phone and it’s all over the place, it’s very rare for it to be written nice and neat and organized in one place. 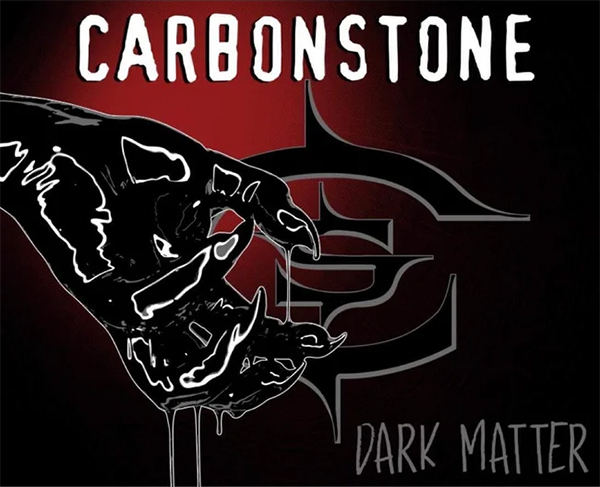 And that’s how the new album Dark Matter was born. The title track gives the feeling of the album. It has a lot of not so happy stuff on it. He’s been through a lot of crazy stuff since the band’s hiatus, and that is coming out in this album. The album is not a happy album, and the point is he wants people to connect to it and relate to the album and maybe have it help them. The fans have to know that they’re not alone. There are at least three songs on the album that were written about a decade ago, never before released and very few of people have ever actually heard. ‘It’s pretty cool to take stuff from 10 years ago, and have them be full blown and ready to go’. The first single released from the album, “AM Trauma” is gaining popularity, being played on radio stations in the UK, Wisconsin and South Dakota, to name a few places. James is a big fan of the band Starset, they have a sound that he always wanted his band to have and a sound that can be heard on the album. The album is a mixture of influences such as the Rolling Stones, Korn, and Nine Inch Nails, he can’t pinpoint the album’s sound exactly but it’s definitely a big change from What You’ve Become.

One good thing to come from 2020 is all the creativity. A lot of bands are just releasing new stuff left and right. “You’re predisposed to your favorite artists constantly dropping new stuff”, in 2021 we’ve gotten to experience some great new songs, with so much feeling and from independent bands that are emerging as well. CARBONSTONE is working on getting out and playing live shows to support this album, but they are a little hesitant with booking too much since some bands/venues have started pulling out of tours and cancelling shows again. If it makes sense and they can do it, James would like to venture out a bit from the East Coast. They’ve had the pleasure of opening for bands such as Gemini Syndrome, Starset, and Drowning Pool. When CARBONSTONE opened for Drowning Pool, they put on a great show, got the crowd pumped and then they came out and James was blown away with their jaw dropping performance. Gemini Syndrome and Starset also put on phenomenal shows. No doubt they’ll be able to join some great bands.

James is very active on the band’s social media. “You have to live on social media”. He is against bands who post things on social media and then walk away and leave the fans to comment and then never respond or interact with them. He believes in talking and conversing with fans, and getting to know them because “The fans are what make the bands and artists who they are, there’s no way around it. It’s all about helping everybody. Fans and artists alike.

Friday October 8 at 7 pm EST, CARBONSTONE is going live on their Facebook page, a 2-part event. James wouldn’t give too much away, but said “All I’m going to say is you don’t want to miss this live at all”.

You don’t want to miss Dark Matter out on October 29!

Melinda is a music enthusiast from the US who grew up on vinyl in the 70s and 80s. She's a lover of all genres, but rock/metal runs through her veins. Music is always in the background and in her head. Unfortunately, she has to have a "regular 8-5" job since "Professional Concert Go-er" doesn't pay the bills. Her bliss would be to follow more musicians and bands than "People she may know" on social media. Her ultimate long term goal is to be the old lady just enjoying the show down in front at the barricades at live shows. Her favorite quote is "Where words fail, music speaks".
RELATED ARTICLES
am traumacarbonstonecorey james
9.0

by Melinda Welsh on October 29, 2021
Carbonstone Dark Matter Independent After a successful run of two studio albums and touring with bands like Gemini Syndrome and Starset, CARBONSTONE called it quits in 2014.  Seven years [...]