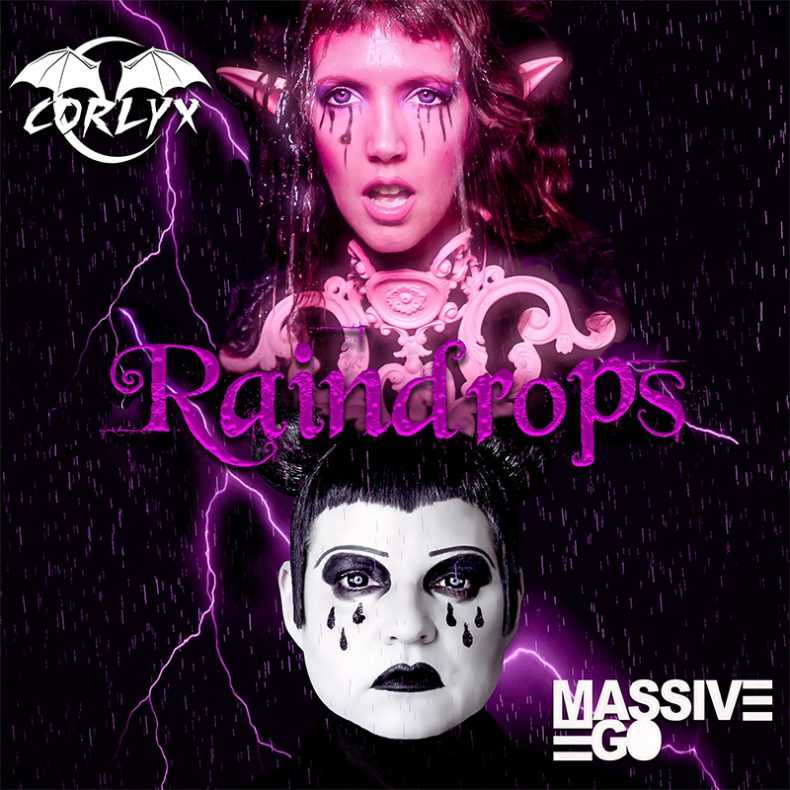 The darkwave post-punk duo Corlyx present their exciting third single accompanied by a music video for the new song “Raindrops”. The song is very emotional as Marc from Massive Ego is lending Corlyx his distinctive voice.

Caitlin Stokes from Corlyx is asking all followers on social media, that all fans of Massive Ego should have the ambition to make this a big release as it should be and adds “I know Massive Ego isn’t online anymore but I hope this will bring some joy and healing to them.”

“I wanted to change direction a bit with this collab, I absolutely love Massive Ego’s new record, inspired by all that Synthpop goodness we put together something a little them a little us, it’s a dark disco song about the love of crying, what a way to begin this year, crying and dancing.”

“Marc’s vocals added so much depth, and really gave the track that nostalgic edge, I absolutely adored working with him, and greatly appreciate his support on this song and the future of Corlyx,” explains Caitlin about the newest single.

Corlyx is Caitlin Stokes and Brandon Ashley, initially formed in Los Angeles until the duo set out for Berlin. Now living in Brighton U.K. Corlyx adds a live bassist to their lineup and explores the realms of darkwave/post-punk with a modern production.

“We are so excited for the new record coming out in 2022 and the amazing opportunity we have been given to join the Out Of Line family. Follow us on @corlyx_official for updates!” ~Caitlin Stokes

by SPILL NEW MUSIC on December 17, 2021
CORLYX SHARE NEW SINGLE + VIDEO “TAKE OFF EVERYTHING” TAKEN FROM THE ALBUM BLOOD IN THE DISCO OUT OF LINE MUSIC [...]