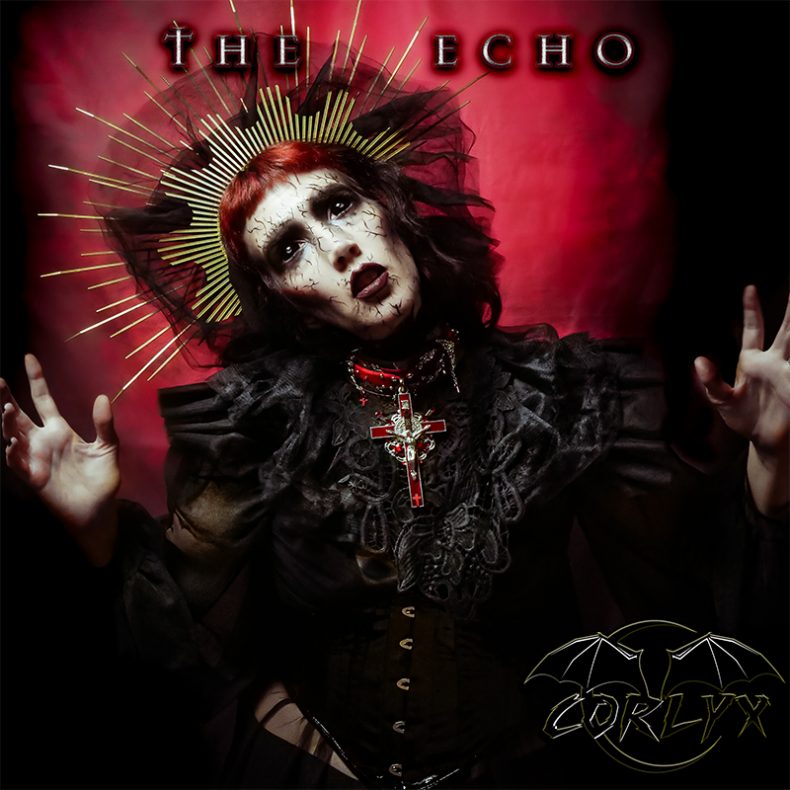 STUDIO ALBUM BLOOD IN THE DISCO DUE 2022

The darkwave post-punk duo Corlyx just dropped a video/single for “The Echo” on Out Of Line Music where singer Caitlin delivers a sultry pop vocal style to the arrangements creating a fresh take on this revival!

Out Of Line Music has a superb roster of artists and a history that complements the band. Corlyx now join their new labelmates, which includes Blutengel, Combichrist, Hocico, Massive Ego, Rabia Sorda, She Hates Emotions, Solar Fake, Weird Wolves, …  – just to name a few with current or upcoming releases. So, welcome to Out Of Line Music!

Caitlin Stokes, the frontlady from Corlyx, comments about the single: “The Echo is my Postpunk revival but I’m doing it my way, I’m deeply inspired by the 80’s and 90’s so I sort of mashed the two together, I’m also not a typical goth singer either so this track has its own vibe happening, it’s a song about running from my demons, the voice in my head, the sirens.”

Corlyx is Caitlin Stokes and Brandon Ashley, originally formed in Los Angeles until the duo set out for Berlin, now living in Brighton U.K. Corlyx adds a live bassist to their lineup and have been exploring the realms of darkwave/postpunk with a modern production. “We are so excited for the new record coming out spring of 2022 and the amazing opportunity we have been given to join the Out Of Line family, big plans to bring the live show everywhere we can, I’m loving the live guitars, bass and synths approach we’ve got going now, the perfect blend of electronic and live instruments, follow us on @corlyx_official for updates!” – Caitlin Stokes, CORLYX –

Singer Caitlin commented earlier on “The Echo”, that the song is also deeply influenced by the passing of her mother and helped her get through grief and serves as a therapeutic release as well as an upbeat anthem for coping and moving forward. The song harkens back to the earlier days of the band with an electro-influenced melding with their darkwave/post-punk sound. The music video is filmed in Torino, Italy, and is also directed and produced by the vocalist Caitlin Stokes.

Corlyx
Blood In The Disco
(Out Of Line Music)
Release Date: 2022

by SPILL NEW MUSIC on March 20, 2022
CORLYX – “RAINDROPS” (FT. MASSIVE EGO) OUT OF LINE MUSIC The darkwave post-punk duo Corlyx present their exciting third single accompanied by a music video for the [...]

by SPILL NEW MUSIC on December 17, 2021
CORLYX SHARE NEW SINGLE + VIDEO “TAKE OFF EVERYTHING” TAKEN FROM THE ALBUM BLOOD IN THE DISCO OUT OF LINE MUSIC [...]