New Music
92
previous article
SPILL FEATURE: THE SYSTEM OF JUSTICE IS BROKEN - A CONVERSATION WITH DAVID CLAYTON-THOMAS
next article
SPILL VIDEO PREMIERE: BLINKER THE STAR - "ONLY TO RUN WILD" 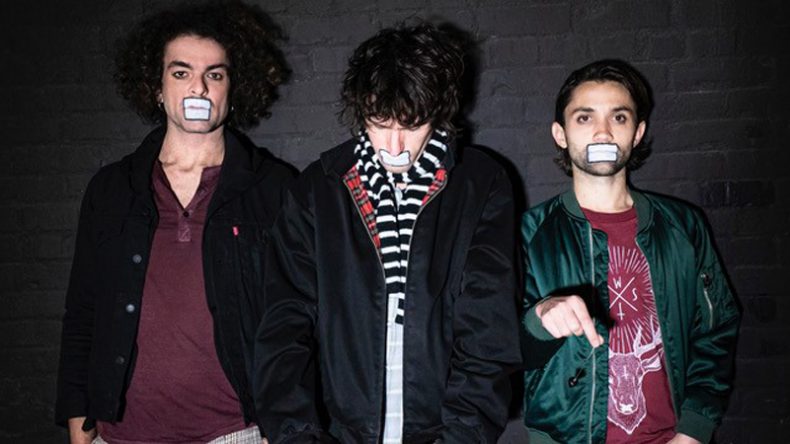 CARRÉ DEBUT SINGLE & PREMIERE VIDEO FOR “THIS IS NOT A BAND”

Carré = square in French, well, not only.

Carré is all about conception, abstraction and distortion of reality. Stemming from a surrealistic outlook on our world, inspired by geometrical shapes and patterns, Carré gives birth to an angular, edgy musical experience.

“There’s something about not getting attached to the form, when you step back and disengage yourself from the form, you become in touch with something more pure and spiritual, while remaining in the square.” ~Carré.

Carré is a French band based in Los Angeles.

Carré creates a language that’s not necessarily bound to a structure – it’s a journey.

Carré’s lyrics highlight an element of provocation, and freedom of perception.

Carré blends aggressive, dark and chaotic elements with hypnotic drum loops inspired by the electronic French Touch. Being “Carré” in French also translates as playing tight, or on point.

Created by its three members in 2019, “The making of our band started with this whole idea of having two drummers perform together. It felt like a statement.” says Jules.  “We always wanted to keep people moving and tend to focus on the beats first when we write”.

Each member of Carré brings his own inspiration to the table:

Organic: Julien Boyé (drums, percussion, vocals) is a drummer for many touring acts (Nouvelle Vague, James Supercave). He has been collecting rare instruments around the world which he uses in his other project called Acoustic Resistance.

Electronic: Jules de Gasperis (drums, vocals, synths, production and mixing) is a studio owner in Los Angeles and was raised in Paris where he sharpened his knowledge of synthesizers and machines at the time Ed Bangers, Justice and Soulwax came to the mainstream.

Psychedelic: Keveen Baudouin (guitars, vocals, synth  and production) has been living in Los Angeles for the longest (10 years), performing with many bands from the rock/psych scene, developing an edgy approach to the guitar influenced by out of the box players like Nels Cline, Jonny Greenwood or Marc Ribaut.

“This is not a band” is digitally released on March 27th and will also be available as a 7″ limited edition vinyl (“It’s not something that you do It’s something that happens to you”). A music video will accompany the release, directed by Patrick Fogarty who directed the first two visual teasers.

Their self titled EP Carré will be out this May and the band will be starting their “cathartic live performances” for their LA and Paris release shows – other dates coming soon.