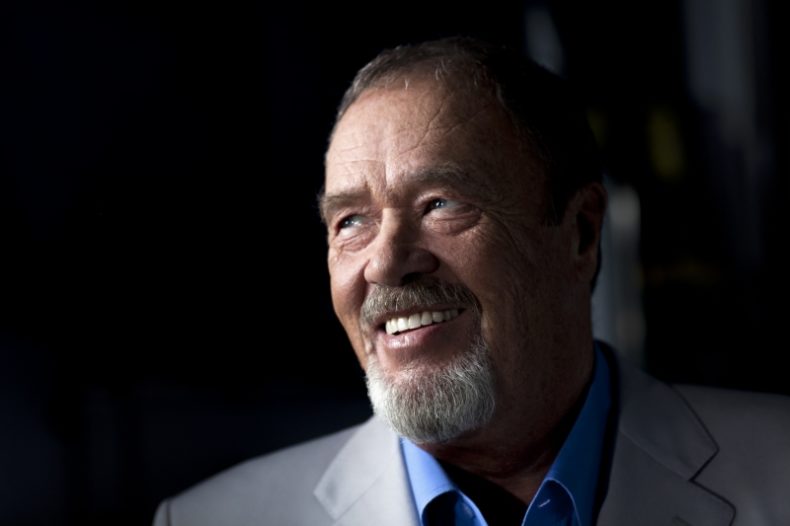 THE SYSTEM OF JUSTICE IS BROKEN

David Clayton-Thomas is an icon. As lead singer of Blood, Sweat And Tears and as a solo artist, he has sold millions of records, played Woodstock, won Grammys and was inducted into The Canadian Music Hall Of Fame, Canada’s Walk Of Fame, and the Canadian Songwriters Hall Of Fame. Not bad for the British-born but Willowdale-raised boy. He has also recently released a new album, Say Somethin’, which is his 18th studio album. I had the chance to speak with Mr Clayton-Thomas about his new album and his career. Of course, with the recent medical crisis in the world, Clayton-Thomas maintained a sense of humour and honesty, which is especially important in these days of COVID-19 and social distancing.

“I’m getting cabin fever like everybody else,” he laughs. “I haven’t been out in a week. They’ve had me doing phoners all week, taking advantage of me being home.” He is quick to point out that this is impacting a great many people, “all of my friends are musicians, and they are all out of work.”

At this time it seems odd to be talking about a new album, but Say Somethin’ is not your run of the mill album. This is a collection of very topical songs that has a theme running throughout it. Clayton-Thomas is also aware that sometimes topical albums raise a few eyebrows. “It has certainly made some waves, that is for sure,” he agrees. “ As a writer, I don’t write just because I am going into the studio, I am writing all the time. I have my laptop and my coffee in front of me, and if an idea pops into my head, I just write it down and file it for later references. Over the course of a year, I had built up about 30 or 40 sets of lyrics. Some of them I had rough melodies for, some of them I didn’t. I called in my musicians, who I have worked with on my other albums, and I would read the lyrics to them, and see what struck a chord. And as we started to narrow the songs down, I noticed there was a certain theme. George Koller said to me ‘man, every one of these songs say something’, and I thought ‘there’s your title, there it is’. And we locked in on it, and then it began to jell.”

Not to state the obvious, but Clayton-Thomas sums it up perfectly. “There is a lot to say today, isn’t there.” There is a lot to be said, and he says a great deal throughout the album, such as on the lead single “The Circus”, and a pretty amazing video has been made to accompany it as well. “The opening lines, “The President pays off the porn star and the Senator steals a kiss”. I was talking about Trump and Al Franken. The whole rest of it, just fell into place, in the scenario of a circus. It is entertainment. It is not news we are watching on television anymore, it is entertainment. It is a sideshow. Unfortunately it is our lives that are at stake.” 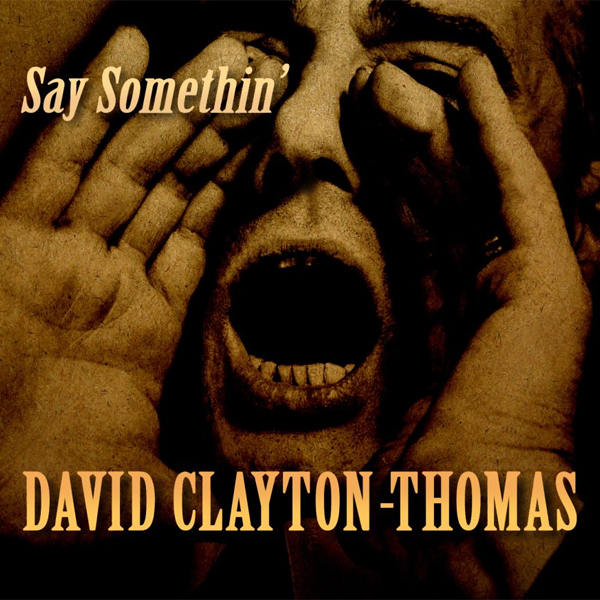 LISTEN TO SAY SOMETHIN’ VIA SPOTIFY

That song is just part of the larger picture, and it is not a concept album in the traditional sense of the word, but an album with a definite theme. “One of the themes that runs through this album is that there are no truths anymore. Back in the ‘60s, ‘50s, you got your news one hour in the evening. You turned on Walter Cronkite, and there was the truth of the day. There is no one truth anymore. And Donald Trump has cleverly manipulated that, by calling everyone who does not agree with him, ‘fake news’. If you go on social media sites, no matter how outrageous your opinion is, you are going to find ten people who agree with you, so there is your truth. We have the ability today to make the truth whatever we want it and I think we are hurting from that. I think we are desperate for someone to tell me one truth, tell me what is real out there. Some people don’t know, they are lost.”

Clayton-Thomas comes by this very honestly. When looking at his history and his beginnings, it tells you a great deal of where his interest in the truth began. “My music career started in Toronto, but it really got underway when I went to Greenwich Village. Greenwich Village, of course, was the political epicentre in America in those days, and it was the center for music. Everyone lived within eight square blocks of downtown Manhattan. The music industry lived there, and it was very politically motivated. Leading up to Woodstock we saw how music could stop a war, because music made a political statement. Then in the late ‘70s, the record industry moved to L.A. and I think it lost its soul. In L.A. it is all about film, the movies, and music is kind of seen as secondary. It lost its social relevance but I never did. All of my albums have a point of view and I think it is an artist’s duty to express it, all you can do is disagree with me. I hope it is coming back now. Maybe we will look at artists again. 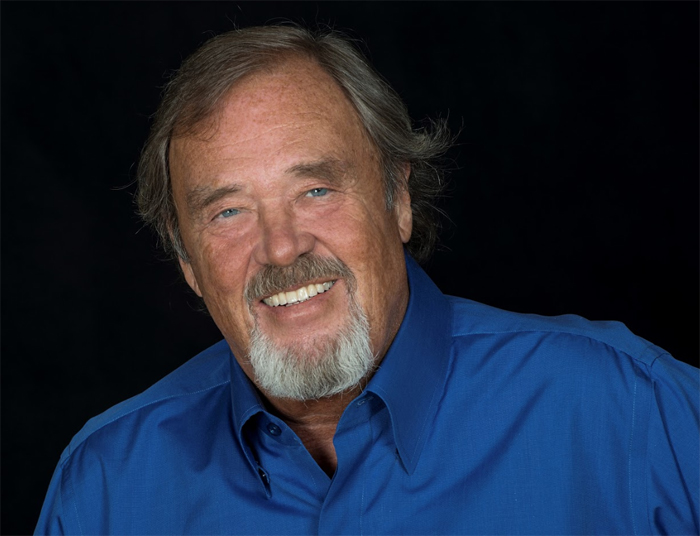 Clayton-Thomas also has an understanding of what happened to music over the decades. He was there and witnessed a lot. “In the ‘70s and the ‘80s, I discovered some jazz musicians. When I got to New York, I started hanging out with people like Randy Brecker, Bobby Columby, and they opened me up to the wonderful virtuosity of jazz musicians. They are America’s gift to the world. And that is something that has stayed with me to this day. The four guys who made the Say Somethin’ album are four of the elite jazz musicians of this country.”

The instrumention melds together remarkably well on Say Something, and Clayton-Thomas is not afraid to share the spotlight. “Lou Pomonti is the keyboard player. Lou has been with me many many years. Eric St-Laurent is on guitar, he has done three albums with me now. Mark Rogers on bass, and on this one, I went a little different,  Davide Lorenzo. He is not your standard groove drummer, and he has his own individual approach. And we ended up writing one of the songs together.”

Although he is credited as the producer, Clayton-Thomas is very clear about his role. “The producer is just the guy who signs the cheques. It is a very collaborative thing. Yeah, my name is listed as the producer, but every cowriter on every song is the coproducer. In the end, I just glued all the parts together and mixed and mastered. I have known these guys for years, I hang out with them whether I am making music or not. They are all my buddies. That is the reason I left Blood, Sweat And Tears. They were hired guns. It wasn’t the guys I joined in 1968. The original guys were not in it for the money. We were working in Greenwich Village, playing a 200-seat club and we were a nine-piece band. It evolved into just hired guns. I didn’t know who the band was going to be until I got to the airport.”

Born and raised in Whitby, Aaron discovered music through his love of The Beatles. This led to a career in radio, writing for various publications, and ultimately a radio show about The Beatles (Beatles Universe), which ran for over four years. When not immersed in music, Aaron enjoys spending time with the loves of his life -- his wife Andrea, and daughters Emily and Linda (all of whom have an intense love of music too).
RELATED ARTICLES
blood sweat & tearsdavid clayton-thomasfeatures

by SPILL NEWS on March 4, 2020
DAVID CLAYTON-THOMAS TAKES ON THE CURRENT POLITICAL CIRCUS WITH “THE CIRCUS” SINGLE LINUS ENTERTAINMENT The Grammy winning [...]

by Bryan Williston on July 5, 2018
INSPIRATION, MOVING FORWARD, AND INVOKING THE DEVIL A CONVERSATION WITH DAVID CLAYTON-THOMAS Woodstock headliner. Grammy [...]
8.0