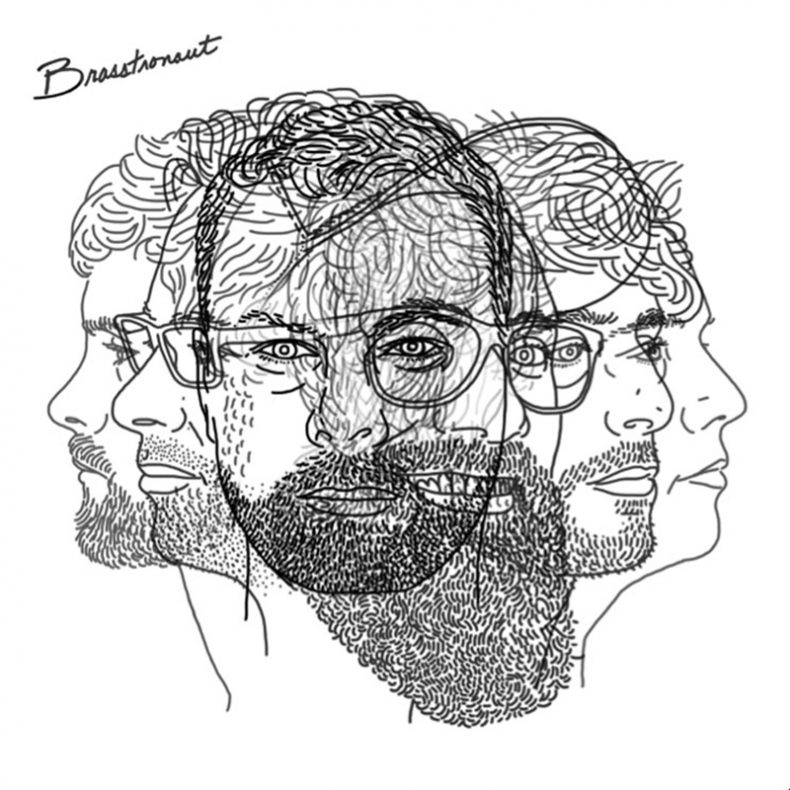 After their acclaimed release Mean Sun (2012), Brasstronaut, the 6 piece from Vancouver, British Columbia, returns with their third studio album, a self-titled LP consisting of nine tracks that come together to form the band’s most robust effort to date.

With members pursuing various solo projects from their different bases in Vancouver, Winnipeg and New York, the album first emerged from a series of audio sketches that were ping-ponged across the continent until certain ideas began to emerge and gain momentum. Gradually they found their rapport and developed bits of the sonic language which would become the basis for the album. It’s a sound that sees familiar strands of the band’s experimental roots expanded upon towards something more confidently kinetic, while at the same time drawing from each member’s strength to form a more kaleidoscopic whole.

Brasstronaut was recorded & produced by the band at Gold Hippie Studios in Brooklyn/Vancouver and at Monarch Studios in Vancouver and mixed by Edo Van Breemen with Colin Stewart (Hive Studios, Saanich, BC. Upcoming release on Hybridity Music in North America and Tin Angel Records in Europe.

The band will be playing an album release show at Fortune Sound Club on Friday, November 25.