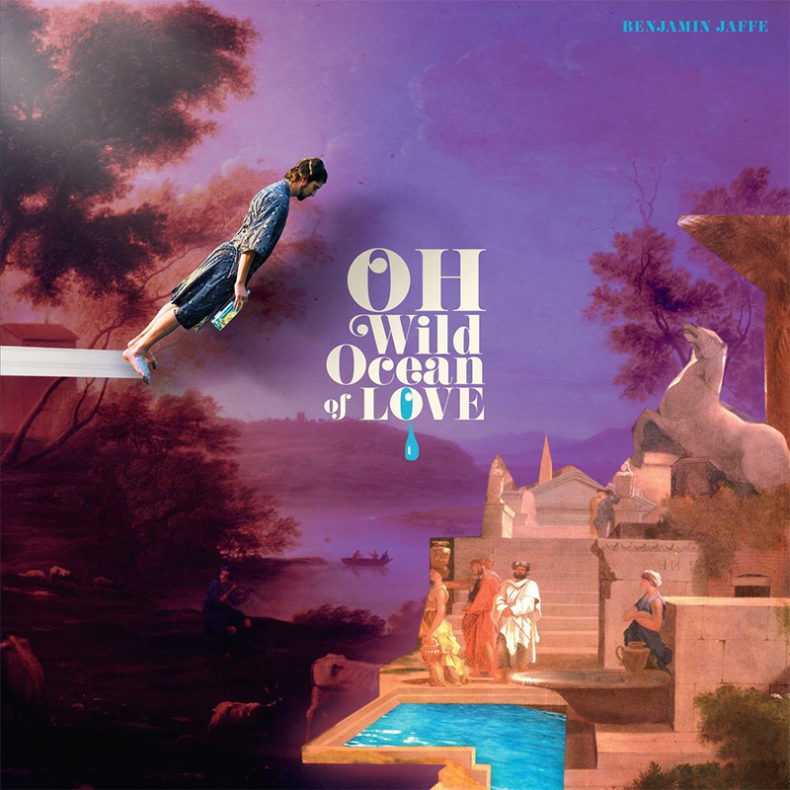 SOLO DEBUT ALBUM OH, WILD OCEAN OF LOVE OUT ON MAY 11th VIA DIAMOND FAMILY RECORDS

Trading the rootsy stomp of HONEYHONEY’s three albums for an indie-alternative sound, Jaffe widens his approach with Oh, Wild Ocean of Love. These songs make room for a broad range of influences, from the polyphonic rhythms and improvisational freedom of jazz music to the soul and swagger of Motown. There are sweeping indie-folk tunes like “Susan the Cat,” R&B ballads like “Everlasting Peace” where Jaffe layers his voice into gorgeous stacks of multi-part harmony, and dissonant rockers like “Blooming” where he shines a light on his skills as an inventive electric guitarist. Throughout the tracklist, Jaffe plays nearly every instrument himself, bouncing between drums, keyboard, bass, and guitar.

Inspired by a wide range of sounds and texts – including Paul Simon, Beck, Randy Newman, and The Essential Chuang Tzu – Oh, Wild Ocean of Love explores the wreckage left by a relationship that’s poorly-defined and headed south. It’s an album about the full spectrum of love: love for yourself, for others, and even your maker. An album about lessons learned. An album about the realization that even in these chaotic times, it’s okay to relax.

Earlier this month, Jaffe released “Susan the Cat” which Billboard described as “Far afield from HoneyHoney’s brand of Americana – textural and moody, with fuller (but not overwhelming) instrumentation and lusher aural brushstrokes.” At the beginning of the year, Jaffe released the official video for the lead single “Dominator,” debuted by Baeble who called it “Smooth as butter.” The song was first released late last year followed shortly after by “Blooming.” Each song released will be accompanied by a new episode of “The Rearranger Series” in which Jaffe films/records the song in a completely different way than the album version. Follow the series by subscribing to his YouTube page HERE.

In addition to his solo debut, Jaffe continues to broaden his career beyond the confines of the recording studio and the stage. He composed, recorded, and produced the film score for Joy Joy Nails, a short film that screened at the 2017 Tribeca Film Festival, building on a resume in TV and film that includes work on the cartoon Spongebob Squarepants and various other shows and films. He also appears in the new TBS series The Guest Book, alongside HONEYHONEY bandmate Suzanne Santo, in which the two play recurring characters in each episode. They also wrote the series’ theme song and several other songs for the soundcheck.