SPILL LIVE REVIEW: TOO MANY ZOOZ @ THE 27 CLUB, OTTAWA 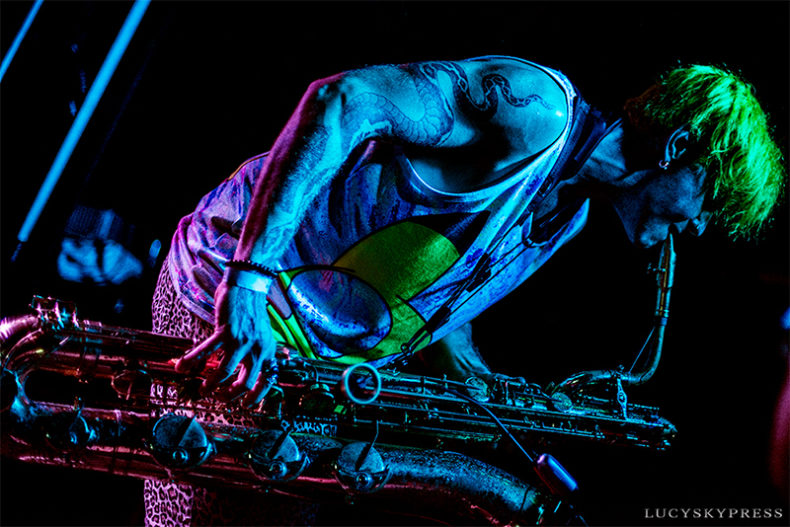 When you can put on a show like Too Many Zooz, it’s no surprise that last night’s show at the 27 Club in Ottawa was sold out. The amount of raw energy the trio brought to the stage had the lenses of cameras fogging up with steam. From the moment they hit the stage, everyone in the crowd was dancing so much that even if you were standing still, you were sweating. The combination of Leo P’s fierce saxophone playing and wild dance moves, David ‘King of Sludge’ with his innovative self-coined brasshouse drumming, and Matt Doe’s outstanding trumpet sounds makes you feel like you’re right back in the depths of the New York subway stations where they started their careers busking. The set was jam packed with songs that you can’t help but dance to, and so high-energy that they barely stopped at all between songs to catch their breaths – which is even more impressive with two of them playing instruments that require so much lung capacity. Their last two Canadian dates before they head off to Europe are tonight at the Phoenix Concert Theatre in Toronto, and Saturday at L’Astral in Montreal. They’ll be back in western Canada in July, so don’t miss out if they’re hitting somewhere close to you.

Music makes the worst situations bearable and the best situations even better. I'm just here to share the inside scoop and anything you may have missed, while I establish my own voice in the industry. Born and raised in Ottawa, I never go anywhere without a set of headphones. Live music has been my vice for as long as I can remember and sharing stage side stories is a major bonus.
RELATED ARTICLES
bedfordlive reviewottawa

SPILL FEATURE: INTRODUCING BRASSHOUSE – A CONVERSATION WITH TOO MANY ZOOZ