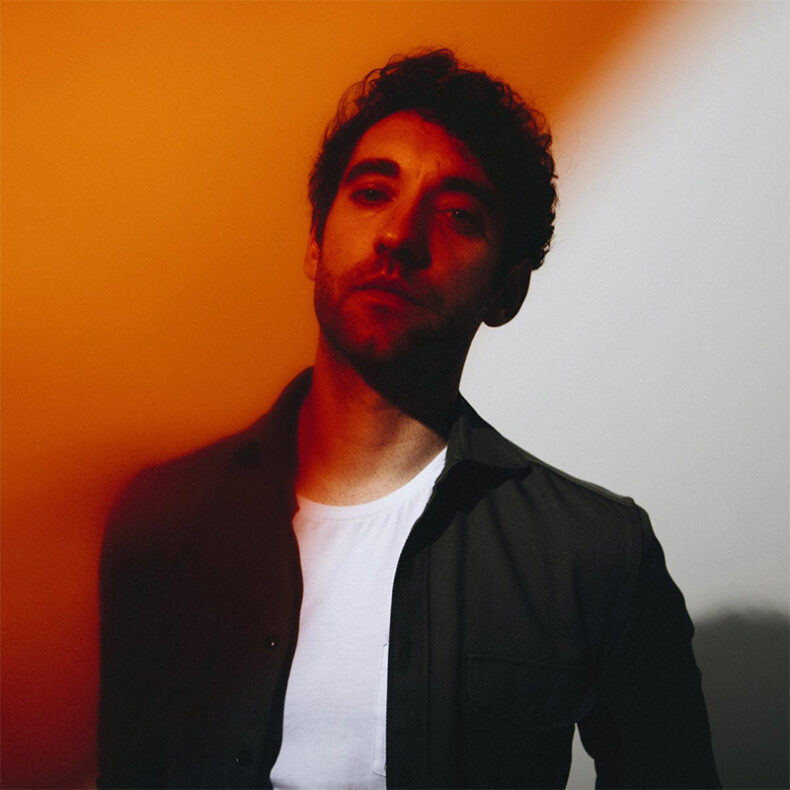 After recently returning to deliver his glorious comeback single “Keeps Me Going,” his first piece of new material since the widely-praised 2021 EP It’s Gonna Be OK, which has since garnered more than twenty million streams since its release, Liverpool native Michael Nelson aka BANNERS is back once again to unveil his soaring new offering “Happier.”

Continuing his pursuit of broad and anthemic pop-rock, “Happier” sees the artist in a more lovelorn guise. While the song’s rich and triumphant production adds a euphoric edge to his latest work, the lyrics within paint a darker picture as he comes to terms with the realization that his relationship may not be as perfect as he once thought.

Adding about “Happier,” he said, “Happier is about that heartbreaking moment in a relationship where you go from knowing in your heart that you two are perfect for another to feeling like maybe you’re not.”

Award-winning singer-songwriter Michael Nelson, who records under the moniker BANNERS, has a staggering 1.5 billion streams to his name to date – not bad for a lad from Liverpool who began his musical career in the city’s famous cathedral.  He was just seven years old when he started what he describes as his “musical apprenticeship” in his home city, singing every day after school in one of the UK’s most well-known cathedrals. “It was like a full-time job,” he laughs from his home in Liverpool, having moved back there recently after a spell in Toronto, Canada. “When all my friends at school were watching like Terminator 2 or Back To The Future, I was just singing songs from the 1600s! It was really, really hard work but it was such a brilliant training ground for me. Everyone was just so proud of singing in that building that you gave it your all. It was a wonderful education.”

Michael sang in the choir until he was 15, after which time he started to spend time at Liverpool’s famous Parr Street Studios after school and at weekends, hanging around musicians whenever he had the opportunity. Nelson’s father is well-known record producer Ken Nelson, who produced albums for the likes of Coldplay, Gomez, and Badly Drawn Boy. “I remember going to the studio and just being enthralled by it all,” he recalls. “I knew that was where I needed to be for the rest of my life.”

He went on to play any and every open mic night he could in London and across the UK, but it was a chance trip with his father to Toronto that proved to be the catalyst for him to launch his career. Within a short time, Toronto taught him how to “navigate the business of music” and provided a wealth of opportunities for young artists like him to make their name. A demo CD he made found its way to Grammy-nominated producer Stephen Kozmeniuk (Koz). A short time later, his first single shot straight to number one on the alternative radio charts in Canada, garnering 10 million Spotify streams almost overnight. He became a household name in North America and Canada performing on Jimmy Kimmel Live!, had a viral TikTok moment with his song “Someone To You” that led to him earning 15 million engagements daily (a figure that’s still growing) and his music amassed over 1.5 billion streams. “Someone To You,” also went Platinum and Gold in multiple countries, and he appeared on American Idol as a mentor to the contestants.

Stay tuned for more to come from BANNERS soon.

by SPILL NEW MUSIC on April 2, 2019
BANNERS RELEASE “GOT IT IN YOU” TRACK OUT NOW VIA ISLAND RECORDS/UNIVERSAL MUSIC “This song is a bit of a reminder that if you ever doubt yourself you’re great and you’ve totally got this.” ~Banners The music [...]

by SPILL NEW MUSIC on March 5, 2019
BANNERS DEBUT INSPIRATIONAL NEW SONG “GOT IT IN YOU (ACOUSTIC)” SONG HEARD ON THE HIT TV SHOW GREY’S ANATOMY Banners revealed a brand new acoustic track “Got It In You” this past week. The track precedes the [...]

by SPILL NEW MUSIC on April 13, 2018
BANNERS “SOMEONE TO YOU” THE SOUNDTRACK FOR ‘AMERICAN IDOL’ AMERICAN IDOL MENTOR APPEARANCE ON APRIL 16 + HEADLINE CANADIAN TOUR Prolific Liverpool UK native BANNERS, is pleased to share that his burgeoning single “Someone to You,” is the [...]
8.0

by Gerry Young on November 3, 2017
Banners Empires On Fire Island Records/Universal Music Liverpool UK singer/songwriter Banners is fascinated by dreams, life, death, hope and despair. Following his single “Start A Riot” in 2015, which has over 50 million global Spotify streams, [...]