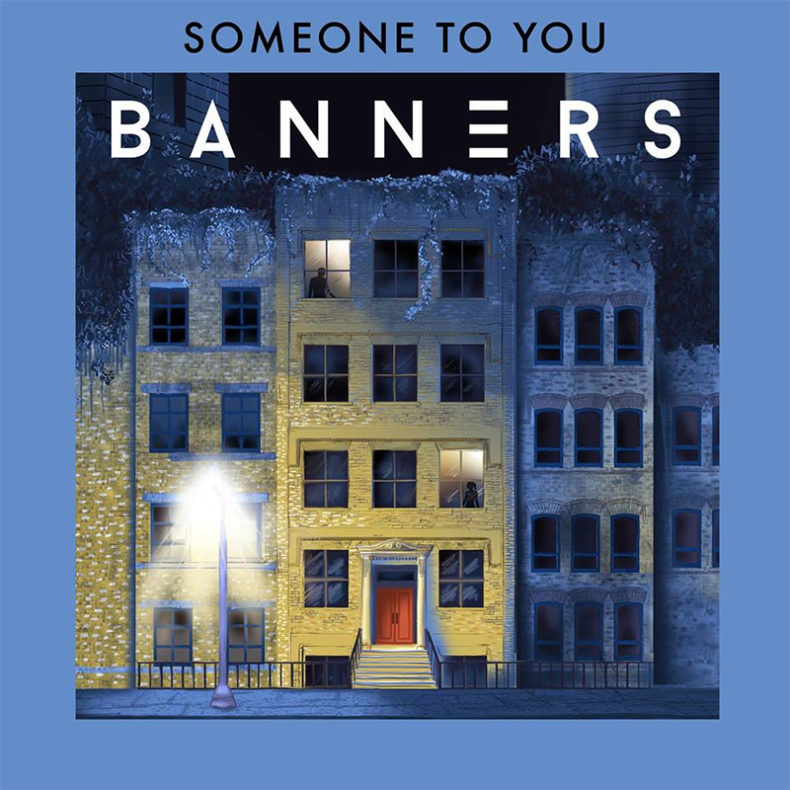 BANNERS RELEASES NEW TRACK: “SOMEONE TO YOU” VIA ISLAND RECORDS IN ADVANCE OF UPCOMING SECOND EP

Prolific Liverpool UK native and alt artist BANNERS, whose career-catapulting “Start A Riot” has generated over 40 million global streams since its release, drops his newest track “Someone To You” today.  “Someone To You” is the prelude to BANNERS’ upcoming second EP via Island, scheduled to be released in August.

“Someone to You,” described as uplifting and universal, has elements that recall Mumford & Sons and Ed Sheeran.  This latest chapter from BANNERS is magnetic and warm, capturing the simple pleasures of falling in love, while maintaining the thought-provoking choral components that define the BANNERS sound.
“When someone loves you, you feel like a rock star, like a hero. This song is about that, about wanting that and about making someone else feel that too,” says BANNERS about “Someone To You”.

On the heels of U.S. tour dates with German alt-folk trio Milky Chance that wrapped last night in Salt Lake City, BANNERS will return to the US with more dates coming in the upcoming months.

After signing to Island Records in 2015, BANNERS first connected with audiences on his debut single “Ghosts” which rose to #2 at Hype Machine.  “Shine A Light”  was the official trailer for EA’s blockbuster game, FIFA 16 Ultimate Team Legends and appeared in spots on NBC, ESPN, E!, and FOX. “Start A Riot” continued the momentum, featured in an episode of E! channel’s UK-centric The Royals.  In 2016,BANNERS joined the SiriusXM Presents Alt Nation Advanced Placement Tour throughout the US and Canada along with major North America festivals including Lollapalooza, Forecastle, Way Home, Osheaga, and Sloss. Along the way he was chosen as one of Spotify’s ‘Spotlight’ artists and made his late night debut on ABC’s Jimmy Kimmel Live!

Fascinated by dreams, life, death, hope and despair, BANNERS grew up singing in the Liver­pool Anglican Cathedral Choir and the Liverpool Kop.  Influenced by artists ranging from Jeff Buckley to Arcade Fire, BANNERS’ music is at once haunting and hopeful, as it resonates with audiences across space and age.

Listen to “Someone To You” Via

“Someone To You” Teaser

by SPILL NEW MUSIC on April 2, 2019
BANNERS RELEASE “GOT IT IN YOU” TRACK OUT NOW VIA ISLAND RECORDS/UNIVERSAL MUSIC “This song is a bit of a reminder [...]

by SPILL NEW MUSIC on April 13, 2018
BANNERS “SOMEONE TO YOU” THE SOUNDTRACK FOR ‘AMERICAN IDOL’ AMERICAN IDOL MENTOR APPEARANCE ON APRIL 16 + HEADLINE CANADIAN TOUR [...]
8.0