New Music
125
previous article
SPILL MUSIC PREMIERE: HALFWAIT - "MY PAST"
next article
SPILL TRACK OF THE WEEK: THE STRANGLERS - "IF SOMETHING'S GOING TO KILL ME (IT MIGHT AS WELL BE LOVE)" 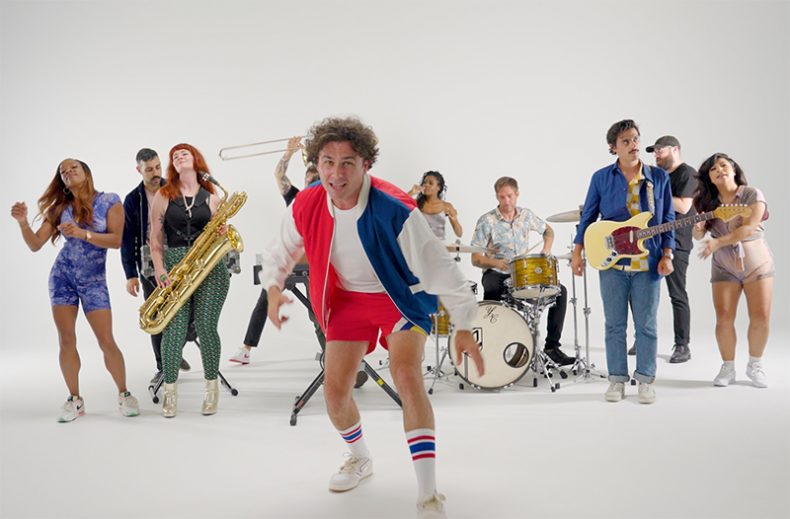 Gearing up for their first live shows in 16 months, Arkells deliver new track, “Swing Swing Swing,” off their highly anticipated album Blink Once due September 22 via Universal Music Canada, the country’s leading music company, available for pre-save and pre-order now.

“There’s a tradition in gospel and soul music where you find these transcendent chordal arrangements that make you feel everything at once,” says frontman Max Kerman. “That’s what we were chasing with this song – throw some blistering trumpet in there and we have something that feels very new to us.

The title and video nod to a motif of ‘3s’ and it felt right to put it out, heading into our big 3-night outdoor homestand at Budweiser Stage, as we get back on-stage for the first time since the world shut-down.”

“My favourite songs have three key ingredients: they make you wanna 1) sing and 2) dance and 3) have a cry all at once,” says Kerman. “Hopefully each *Swing* in this song can do that for you, and you’ll actively feel all 3 if you’re coming to a show this weekend.”

Arkells triumphant return to live music – for three once-in-a-return-from-pandemic history making nights at Toronto’s Iconic Budweiser Stage, begins this Friday August 13th.  Previously announced as a two-night affair, a third show was added to meet the overwhelming demand and enthusiasm for a return to live music this summer.

“Each night will be its own unique moment as we mark this special occasion. We’ve got a lot of songs to re-learn!” says frontman Max Kerman. “It’s been a long haul, but we kept telling ourselves to be patient – when shows come back, we’re going to do it big, and we’re going to do it right. This event is billed as a long-weekend because it’ll feel like a celebration that we’ve yearned to have together. There’s no better place for it.”

Blink Once, a bi-coastal project which was recorded in LA and completed in Toronto, includes current hit single, “You Can Get It” featuring K.Flay, which has charted in the #1 spot at Canadian Alternative Radio for 4 weeks and is their fifth #1 at the format. “You Can Get It” was prominently featured in the E3 launch of the Forza Horizon 5 video game trailer this summer. Blink Once also includes #1 track “Years In The Making,” “One Thing I Know,” as well as “All Roads,” which serves as the soundtrack to #TogetherAgain, a national vaccine awareness PSA to combat vaccine hesitancy.