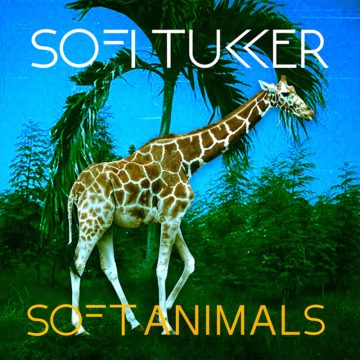 In advance of SXSW, New York City indie dance duo SOFI TUKKER (Sophie Hawley-Weld and Tucker Halpern) follow the release of “Matadora”and the international success of their debut single “Drinkee” ( which hit the top of the Spotify viral charts in Italy, Argentina, Spain, Uruguay among others and top 5 on iTunes charts from Latvia to Italy) with a new track “Hey Lion” today. Premiered with The Line of Best Fit, the track welcomes listeners into SOFI TUKKER’s eclectic world, with vocalist Sophie Hawley-Weld’s vocals quietly leading a procession of percussion.

“‘Hey Lion’ is like a sonic snack,” Sophie of the band says. “It’s not like ‘Drinkee’ or ‘Matadora,’ which were made as vibration journeys. ‘Hey Lion’ is like the opening chant to Soft Animals…we want to welcome people into our version of this animal-world, where strength is soft and nobody is boss (except for youuuuu and your bodyyyyy which may love what it loves).”

SPILL NEWS strives to keep our readers up to date with news and events in the music industry. We keep you informed of the most recent information regarding new releases, tour dates, and information items about your favourite artists.
RELATED ARTICLES
newssofi tukkersoft animals