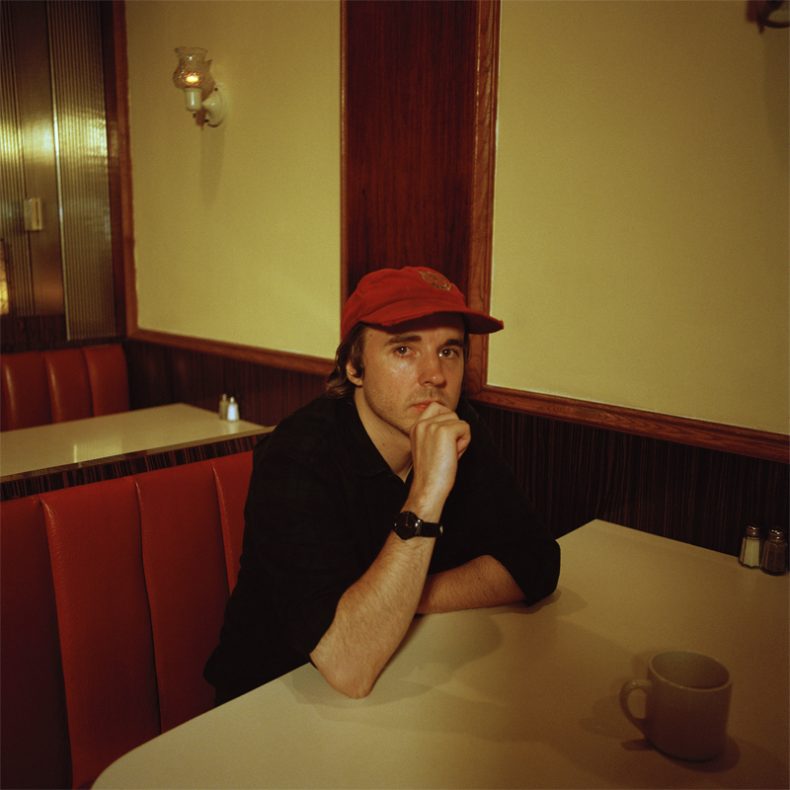 THE NEON SKYLINE OUT JANUARY 24 VIA ARTS & CRAFTS

Andy Shauf releases a new single/video, “Try Again” from The Neon Skyline, his new album due January 24 via Arts & Crafts. The Neon Skyline’s interconnected songs are all written, performed, arranged and produced by Shauf, and follow a simple plot: the narrator goes to his neighborhood dive, finds out his ex is back in town, and she eventually shows up. Following the “lush, jazzy retro pop-rocker” (Stereogum) “Things I Do”, “Try Again” continues to present Shauf’s distinct style of storytelling as he describes an awkwardly funny and charming reunion between the song’s narrator and his ex:

“Somewhere between drunkenness and chivalry, I hold the door open and let her pass through. She says thanks to me in a British accent and I try to answer her in the same voice. She laughs at me, says ‘What was that supposed to be?’ I say ‘I’m sorry, I’m from a different part of the country.’ She says
‘Come on baby, try again.’

Somewhere between drunkenness and sincerity, I smile at her for just a little too long. Charlie’s drinking wine, Judy’s laughing at him, she says ‘I forget that you’re such a fancy guy.’ He tips his hat, says ‘M’lady, do you come here often?’ I swear I’ve seen them do this one a couple times before.
Come on baby, try again.

Somewhere between drunkenness and charity, she puts her hand on the sleeve of my coat. She says ‘I’ve missed this.’ I say ‘I know, I’ve missed you too.’ She says, ‘I was actually talking about your coat.’ She makes me laugh, oh how she makes me laugh. I just let my head sink down and fake some deep sobs.
Come on baby, try again.

The “Try Again” video was directed by Mizotte & Cabécou and is an entirely hand-made,  animated short film. “Rather than illustrating the storyline, we imagined our own offbeat tale like a parallel to the song,” says Mizotte & Cabécou. “Design, motion, colors and atmosphere are influenced by the pop and childish dream world of 70’s French animation (Chapi Chapo, The Magic Roundabout).”The Neon Skyline follows 2016’s The Party, and is Shauf’s most direct and emotionally-rich work yet. His characters are all sympathetic here, people who share countless inside jokes, shots, and life-or-death musings when the night gets hazy. On top of heartbreak, friendship, and the mundane moments of humanity that define his songwriting, Shauf makes music that explores how easy it is to find yourself in familiar patterns and repeat the same mistakes of your past. The songs on The Neon Skyline ultimately take solace in accepting that life goes on and things will be okay.Andy Shauf will tour North America this upcoming winter. Then, after a European run, he will return stateside this spring. Tickets are on sale now and all dates can be found below.

by Kieran Davey on September 24, 2021
Andy Shauf Wilds Arts & Crafts Listening to an Andy Shauf album is similar to watching a Wes Anderson movie. Both present immaculately produced worlds, full of quirky characters and narratives that reflect reality, or at least reality [...]
8.0