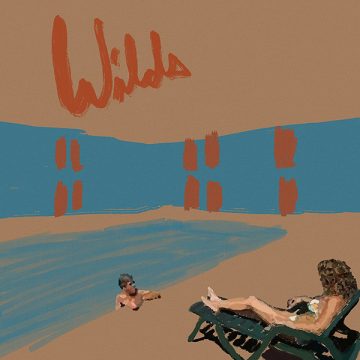 Listening to an Andy Shauf album is similar to watching a Wes Anderson movie. Both present immaculately produced worlds, full of quirky characters and narratives that reflect reality, or at least reality filtered through a carefully constructed lens of either melancholy or nostalgia, depending on your mood. Another shared characteristic of Shauf and Anderson is that, while their work may not be for everyone, there is no denying the artistry on display.

Wilds is more stripped-back than most of Shauf’s work, as this is less of a full album and more a collection of B-sides. For another comparative metaphor, Shauf has presented us with a novella, made up of leftover ideas from the original work.

The original work here is his 2020 album The Neon Skyline, a collection of songs that narrate one night in a bar. The tracks on Wilds were created during the writing of The Neon Skyline and were written and recorded quite quickly. Shauf plays all of the instruments and recorded much of the album on his “little tape machine” in his Toronto studio.

The result is one of the simplest albums Shauf has released. At a mere 26 minutes, Wilds does not offer the full musical or narrative complexity that we have come to expect from Shauf. However, all of the familiar elements are still there – unconventional melodies, tidy production, and deeply narrative lyrics that seem to expose uncomfortable truths about how we relate to one another.

Though the arrangements are simple, they still feel richly detailed. The production on “Judy (Wilds)” is crisp and clean – Shauf’s vocals fill in the gaps between tapered drums, a bopping bass, and acoustic guitar strums. Another highlight is “Green Glass”, where a fuzzy electric guitar lick echoes the vocal melody.

Due to the off-the-cuff, demo nature of Wilds, fans of Shauf may be disappointed that many of these songs are missing the musical and narrative complexity of The Neon Skyline or 2016’s The Party. Yet, it may also be refreshing to approach Shauf’s work without having to understand any length narrative arcs. Allusions to characters from The Neon Skyline are present for fans to find, but it is essentially just a collection of loosely related songs.

If anything, Wilds offers an unfiltered look at Shauf’s creative process, allowing us to glimpse songs at an earlier, slightly less developed stage than we would normally receive them. For one final metaphor about Shauf’s work, some people prefer their cookie dough raw.

Kieran Davey is a freelance writer and music enthusiast from Vancouver, Canada. He particularly enjoys alternative rock, groovy hip-hop, and basically any music from the 60's. Aside from reviewing music, he also loves playing guitar and spending time in nature.
RELATED ARTICLES
album reviewalbum reviewsandy shauf
10