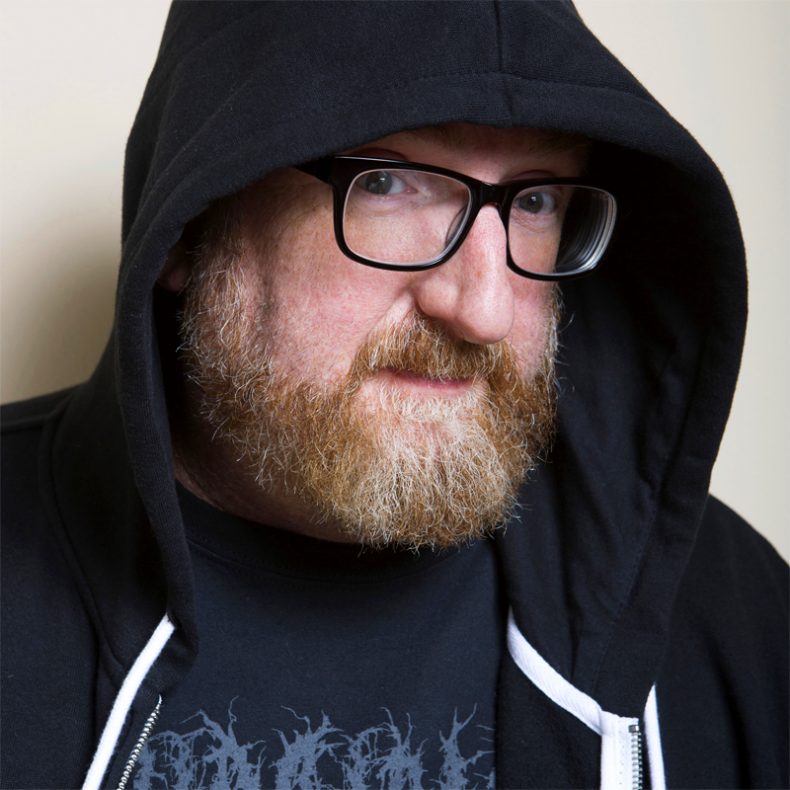 THE YETI HAD IT COMING

A CONVERSATION WITH BRIAN POSEHN

Heavy metal as a genre has a long history of being able to laugh at itself. Anyone with a passing knowledge of Spinal Tap or The Decline of Western Civilization Part II: The Metal Years, or even watches the Kiss Exposed (1987) documentary would see just how firmly this genre can parody itself. On the other hand, American actor and musician Brian Posehn loves metal, and he is not here to just parody it in his new album Grandpa Rock. Here, he pays homage to the genre under the assumption that any tune at all will be better if played as a metal track. Further, he notes that whereas you can parody something you love, and be critical of your cousin and make fun of him, absolutely no one else can.

Posehn grew up loving metal, and as a teen he would have reacted if anyone had tried to put it down.  As and adult, if you love it you can play the joke and create a track called “Big Fat Rock”, which pays homage to all the innuendo penis songs ever written in metal. As for the right to make fun of the genre, Posehn notes he has earned it.

In his high school years, Posehn was something of an anglophile, loving Black Sabbath, Saxon, and especially Ozzy Osbourne, a man “who wears his love of The Beatles on his sleeve.” The memory of how his mum tried to hold back the news of the death of Randy Rhoads remains with him, the sheer passion for the music and those that create it remains absolute.  It is this passion that means the humour on Grandpa Rock is in the lyrics, never in the music. The music is “without sloppiness,” it’s  tight and the riffs are as good as you find out there. 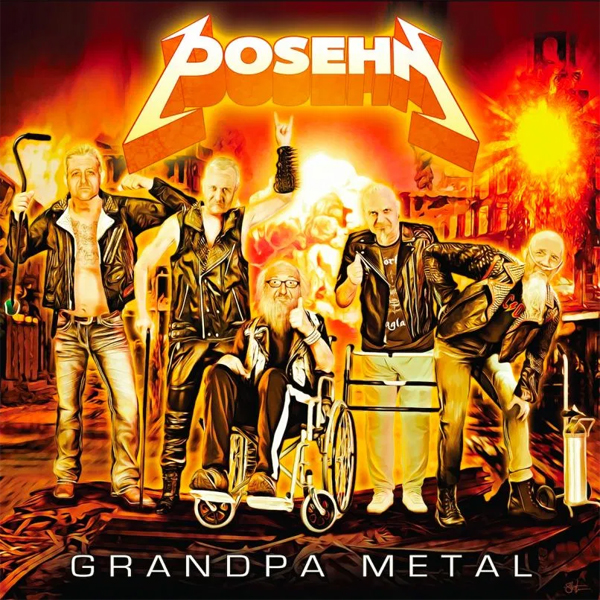 Therefore, Grandpa Rock was done with reverence, and Posehn has some serious rock connections. Scott Ian of Anthrax is joined by Death Angel’s Rob Cavestany, Testament’s Chuck Billy; Exodus’ Steve “Zetro” Souza,  Steel Panther’s Michael Starr and Slipknot’s/Stone Sour’s Corey Taylor, among others. That is a wonderful lineup to be able to have on the dialer, and the tracks are not all parody. “Take on Me” and “What Does the Fox Say?” are straightforward metal versions of the old established tracks, both with no hint of humour within.

In conversation, Posehn is a polymath, as he has done so much. He connects to the younger audience through his voice over from Minecraft Story Mode where he plays the mischievous Axel, something that he describes as “ a lot of fun”.  He was also a villian in Scooby Doo, although a lasting regret is that he never got to deliver the “meddling kids” line upon his unmasking. He notes the recent metal connections to Scooby as well, with Kiss doing an episode on the cartoon that he enjoyed watching with his son.

It has been a busy time for Posehn recently, apart from beating up a Yeti (he had it coming to him), that may well make it into the media soon, Grandpa Metal  will hit the stores on the 14th of March. Posehn has sought to make it available in all formats with the exception of cassette for now, as he loves vinyl and has a huge vinyl collection at home. Like many from his generation, he feels that nothing beats physically holding the record, admiring the cover and reading the sleeve. He streams a little, but even when given a free version of Death Angel, he still went out and bought a copy for the collection. He’s currently buying up the T. Rex back catalogue and checking out some new bands like Power Trip, the US thrash metal outfit from Dallas.

The very funny cover of Grandpa Metal shows how Posehn wished to create the image to match the whole, with clear nods toward the classic Kiss Destroyer cover of old. So check the album out, for as they used to say: for those about to rock we salute you”.

The Spill Magazine is a Toronto-based online publication dedicated to covering the independent music scene with a strong focus on our thriving hometown talent. Our writers bring you up-to-date news, in-depth features on musicians and reviews for the latest CD releases. We also travel to the front lines for all local festivals including Canadian Music Week and North by Northeast. Don’t forget to check out our Facebook and Twitter pages for all daily Spill updates.
RELATED ARTICLES
a-habrian posehnfeatures

by Contributing Writer on February 14, 2020
Brian Posehn Grandpa Metal Megaforce Records Heavy Metal as a genre has often shown that it has a sense of humour. Anyone with a passing knowledge of Spinal Tap or The Decline of [...]