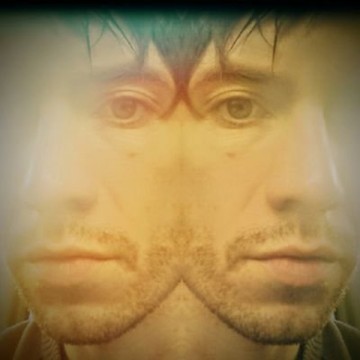 Introducing Stevie Moonboots and a revolving cast of collaborators and cohorts, musical and otherwise, The Orange Kyte is an exercise in boundless sonic tomfoolery with an emphasis on mind expansion and continuous evolution.

Spill Magazine is proud to feature the exclusive premiere the video for “Dope: 86”, the second offering from The Orange Kyte due out tomorrow.

More regarding “Dope: 86” from Stephen White:

“A few weeks back I was taking refuge from some particularly shitty Vancouver rain in a music shop and stumbled upon an old second-hand Art & Lutherie acoustic 12-string. Upon picking it up the chords, melody and structure of “Dope: 86” poured out in one go. So I bought the guitar and got working on the track with my friend Dave Mulvaney on drums. He had some cool ideas to bring to the table too in terms of dynamics for the track. I had discussed recording with Ross Fahy at Nimbus School of Recording previously so we agreed to make it happen for this one. I dragged my old pal Derick out of musical semi-retirement to play some keys on the track. I nicked the whole “Dope: 86” thing from a sign I saw in the background of a photograph of an old LA strip club, “Dope: 86″ was a warning to patrons that they will be thrown out if caught using drugs. Again this was mixed by Chris and mastered by Jordan Koop of Noise Floor on Gabriola Island.”

Recorded by Ross Fahy at Numbus Studios, Vancouver BC
Additional keys and Mixing by Chris van der Laan
Mastered by Jordan Koop at the Noise Floor

(Quote courtesy of Float Inside a Bubble)