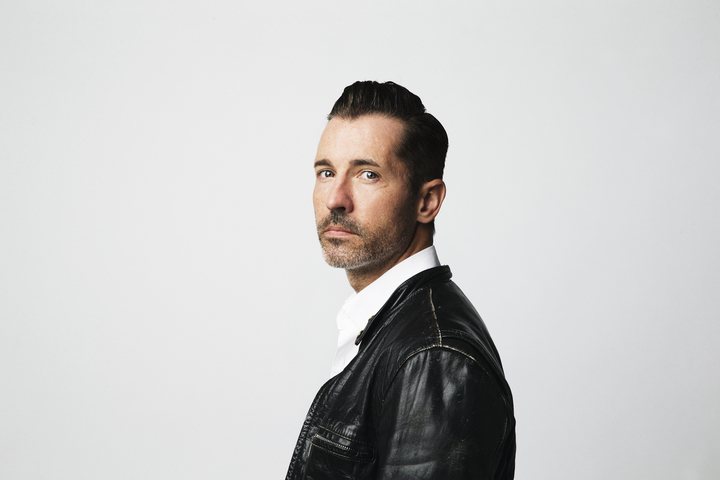 An Interview With Royal Wood

Theatres are romantic places, full of mystery, stories and the occasional ghost.  On sitting down to talk to Royal Wood about his upcoming album Ghost Light, the topic of ghosts inevitably came up as he described the meaning behind the naming of his album.  “A Ghost Light is folklore tradition in the theatre world.  In the world of candles and oil lamps, a ghost light is lit when everyone goes home, the idea is that it keeps the ghosts away.”  But the full inspiration for this album was drawn from the idea of what happens “if you extinguish the ghost light and let the ghosts into the theatre, and sing to those people…to the ghosts.” Written in 2003, this title track sets the stage for an album that has nostalgic roots and is reminiscent of a different time and era, signifying a step in a new direction from Royal Woods last album.

While Royal Wood’s We Were Born to Glory was fully produced with all the tools the music business has at its disposal, Ghost Light is a more simplistic 70s throwback record that offers “no tricks, just real instruments.”  Wood described his recording process as jumping from instrument to instrument, playing 80% of the instruments himself, which forced him to truly perform.  An album that didn’t have any pre production, a lot of the tracks were recorded live on the floor, including Til the Morning Comes, which was completed in one take.  “It’s how the records used to be made, what I grew up listening to.  There are so many tricks now, like photography, it’s nice to play with musicians and work with people who know you can really do this.”

An album that pays homage to what Wood describes as the “last era of the songwriter,” Ghost Light definitely gained influence by the music that Wood grew up listening to, music that includes Billy Joel, Leonard Cohen, Bob Dylan and The Beatles.  For many listeners, the image of Royal Wood would be incomplete without a piano nearby, so naturally it was a surprise to learn that Woods writing method is composed of 50/50 piano and guitar, amongst a myriad of other instruments. “I’m writing more with ukulele,” Wood mentions, “sometimes I can write a song with just a bass in my hand.”

With such a different sound emanating from the album itself, it’s clear to listeners that Wood is not attempting to redo what he has already done in the past but rather push forward into unknown and uncharted territory with each new record.  The experimentation on this album, with different instruments, drum beats and sounds, showcases how Wood is “always trying to make something different.”  Wood mentioned that “the point of art is to push yourself and evolve.  And you aren’t always going to succeed, but you still have to push yourself.”  Describing his time in LA with his music producer, Wood talked about how they scrapped every way they had worked on their previous album and started fresh, with the end result being Ghost Light.

While the approach to Ghost Light is different from previous albums, the level of emotions present throughout the tracks is iconically Royal Wood. In terms of inspiration for these emotional tracks, Wood describes himself as being sentimental, which translates into “when I write a song about love, I put my heart into it and when I write a song about a breakup, I put my broken heart in”.  But in terms of inspiration for these songs, Wood laughingly quotes Leonard Cohen, “if you knew where the music came from, you’d go there more often,” so instead he just sits down and allows the emotions to come through him.

With a Canadian tour to promote Ghost Light, Wood is excited to get his new album on the road and his new music to his fans. A professional musician since 2007, Wood’s goal has always been to keep writing music.  “I started music when I was really young, and I never thought ‘hey I want to win a Grammy’, all I ever wanted was to make music.  I just want to tour and make music and experience new things.  I’m so grateful for this life, and I’m really fortunate that I get to call it a career.”

The Spill Magazine is a Toronto-based online publication dedicated to covering the independent music scene with a strong focus on our thriving hometown talent. Our writers bring you up-to-date news, in-depth features on musicians and reviews for the latest CD releases. We also travel to the front lines for all local festivals including Canadian Music Week and North by Northeast. Don’t forget to check out our Facebook and Twitter pages for all daily Spill updates.
RELATED ARTICLES
featuresroyal wood