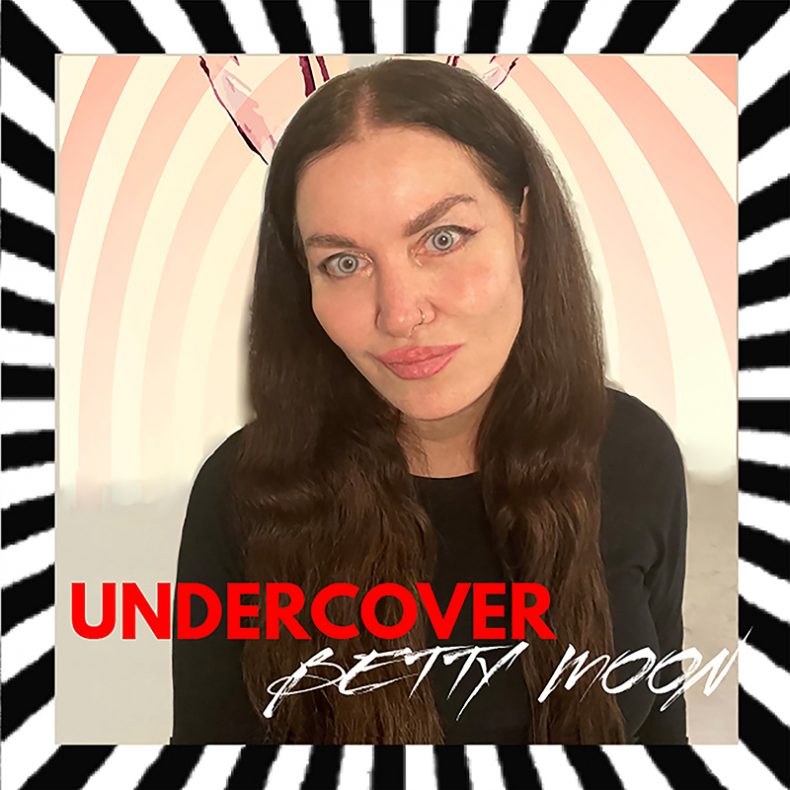 BETTY MOON – “RUNNING UP THAT HILL”

LA area producer and songstress Betty Moon announces the upcoming release of her new album Undercover and includes her sultry new single “Valentine”, which was penned for Valentine’s Day and Kate Bush’s iconic “Running Up That Hill.” Set for a January 28th release, the 10-song effort includes Moon’s takes on several of her favourites, including Sade’s “No Ordinary Love” Royal Blood’s “Boilermaker” and Depeche Mode’s “No Good”. Undercover is the follow-up to her 10th studio album Cosmicoma, which was released in 2021 to critical praise. “Valentine”, which will lead as the first single off Moon’s Undercover album, was written by Betty Moon and Justin Smolian of Dirty Honey. Betty’s acoustic guitar illuminates a story of a passionate and unforgettable relationship that will send shivers up your spine on every listen. Inspired by films such as Dangerous Liaisons, Shakespeare In Love, and Bram Stoker’s Dracula, “Valentine” paints thought-provoking images both black and white and in colour.

Betty Moon · Running Up That Hill

by Aaron Badgley on January 28, 2022
Betty Moon Undercover Evolver Music Undercover  may be Betty Moon’s most ambitious yet. She is a talented and brilliant songwriter in her own right, but here she has decided to record a [...]