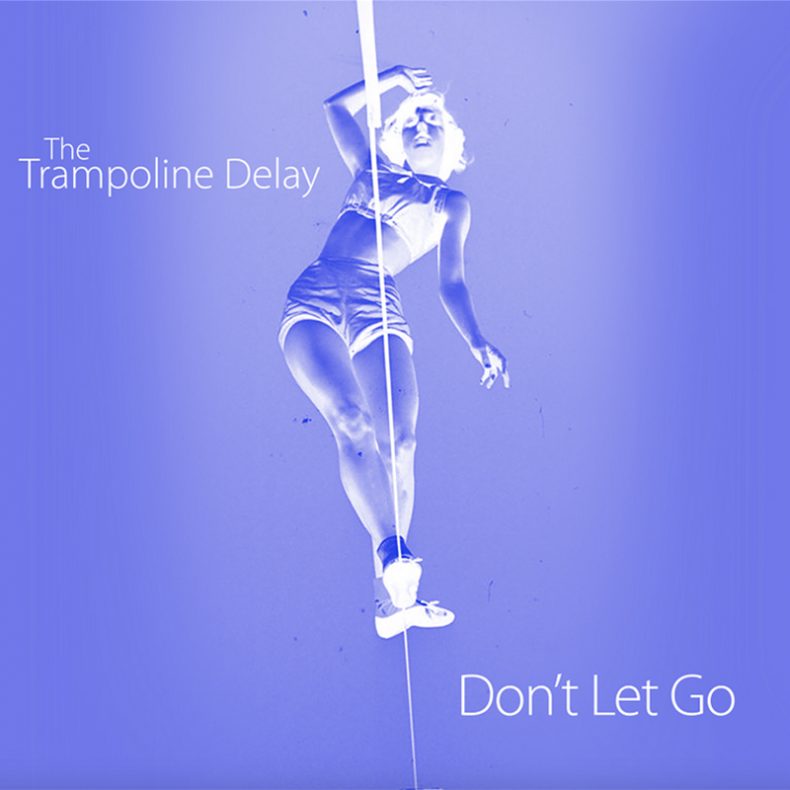 How do we cope with isolation? For the past year and a bit we’ve all found our individual ways. For some, a deep dive into the vacuous corners of Netflix filled the void, others found emotional solace in online shopping or maybe you passed the time entertaining yourself and others with creative Zoom backgrounds. For The Trampoline Delay, the stage name of multi-instrumentalist and songwriter Pete Marino, time away from the daily grind gave life to an album’s worth of eclectic indie rock; a chance for one artist to unpack life’s ups, downs, death, health and even fucked-up relationships.

Maybe The Trampoline Delay wouldn’t have even existed if it weren’t for lockdowns and isolation. “I’ve always found that songs come to me in the morning and getting up, going to my day job wasn’t conducive to getting songs out of my head. When I found myself working from home, I used that extra time I saved not commuting to write. Late nights once spent decompressing or watching TV turned into late night recording sessions, isolation effectively became a catalyst to getting these song out of my head and into the studio, albeit late at night and often in an entirely different type of isolation.”

What started as a few songs, quickly turned into an album’s worth, single by single being released to streaming platforms through 2021 and into 2022. An assorted mix of melodic and sometimes noisy indie rock tunes with hints of influences ranging as far back as ‘90’s power pop to the current alternative contemporaries.

Marino is no stranger to the Canadian music scene. His previous endeavours included fronting a buzz worthy indie act who garnered a CMW Indie Award nomination and landed several songs in TV and film soundtracks. While holding that past and those varied accomplishments close to heart they, like his daily commute, are very much in the rear-view and all focus is on The Trampoline Delay and what lies ahead.

With a knack for writing catchy melodies and with more life experiences under his belt versus his earlier tenure, Marino’s latest material is starting to garner stronger reactions and evoke more emotion from those listening. The Trampoline Delay recount stories and emotions that are relatable to many. Life happens, good and bad. Isolation, though inherently bad can also be good. With this body of work, born in isolation and about unpacking the good and bad, The Trampoline Delay hopes listeners ultimately hear and feel the good. So, whether you finished Netflix, own a cupboard full of impulsive Amazon finds or are still taking meetings from The Simpsons’ living room, one thing is certain, don’t be surprised to discover a connection, some common ground or shared emotions in The Trampoline Delay’s highly contagious blend of indie rock.

Sometimes lust is “stronger than vows or lies.” In Marino’s words, the latest single, “Don’t Let Go,” is about “walking that fine line between desire and being faithful. It tells the story of two people on the cusp of a relationship that just can’t be. How you are “walking a high wire” and with one slip, you give into lust and lose everything you have as a result. So instead, you just ‘Don’t Let Go’ of what you have.”

“Don’t Let Go,” will be available on all major streaming services on January 26th, 2022.