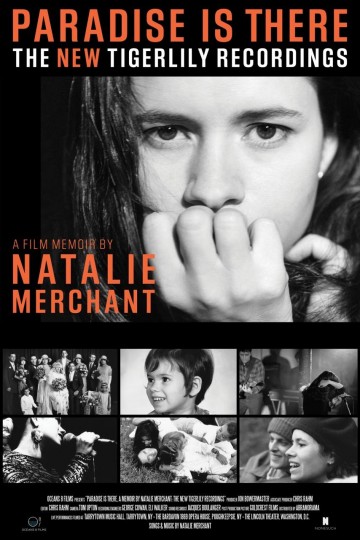 Natalie Merchant – Paradise Is There

The album and film Paradise Is There by Natalie Merchant will be released November 6th on Nonesuch Records marking the 20th anniversary of her 1995 release, Tigerlily. The new album redefines all eleven songs with entirely new versions, many with acoustic arrangements featuring string quartet.

Through archival footage, live performance and interviews, the film traces the origins of the music and the impact the album has had over the past two decades.

There will be a premier of the film at Bloor Cinema in Toronto ​on November 2nd open to press only.  Keep your eyes peeled right here for follow-up coverage on Merchant’s Paradise Is There soon!

The Spill Magazine is a Toronto-based online publication dedicated to covering the independent music scene with a strong focus on our thriving hometown talent. Our writers bring you up-to-date news, in-depth features on musicians and reviews for the latest CD releases. We also travel to the front lines for all local festivals including Canadian Music Week and North by Northeast. Don’t forget to check out our Facebook and Twitter pages for all daily Spill updates.
RELATED ARTICLES
movies

by Contributing Writer on July 7, 2020
EVERYTHING THEY WANT A CONVERSATION WITH DRYDEN MITCHELL OF ALIEN ANT FARM Dryden Mitchell, lead vocalist, founding member and rhythm [...]
6.0

by Gerrod Harris on May 18, 2018
SPILL MOVIES: STILL ON THE RUN: THE JEFF BECK STORY EAGLE ROCK ENTERTAINMENT – May 18, 2018 While Jeff Beck has often – and undeservingly – been an understated innovator to [...]