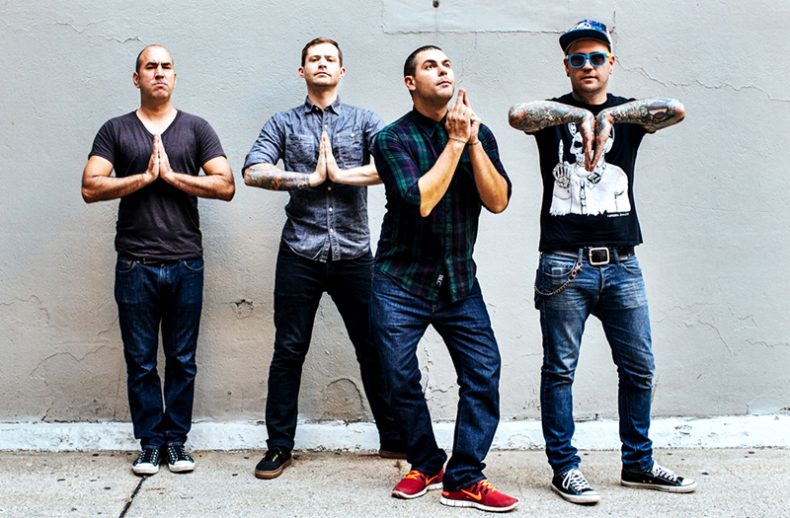 A CONVERSATION WITH DRYDEN MITCHELL OF ALIEN ANT FARM

Dryden Mitchell, lead vocalist, founding member and rhythm guitarist of Alien Ant Farm is in a very positive frame of mind. Ant Farm have signed a new record deal with Megaforce Records, ‘a breath of new life,’ and the immediate future for the platinum-selling band looks solid again. With Megaforce putting some money into the band, the money is being channelled right back into it, creating new music, introducing some new faces, and realising a new chapter in the band’s history.

First arriving on the scene in 1999, Ant Farm provided one of the great soundtracks to the new millennium with their cover of “Smooth Criminal” in 2001, a high-energy, tongue in cheek renewal of the song that saw the Ants reach number one in Australia and New Zealand and number three in the UK.

Mitchell does note that he was unsure of releasing another cover as a single, due to the history, the trolls out there that forget the original hits the band has had over the years, “Movies,” for example, was a top 5 hit in the UK. Nevertheless, “Criminal” was such fun that the band wanted to make an amazing record again.

The band was working on its first new material in six years, which included the cover of the Wham’s “Everything She Wants.” Who cannot, after all, find a smile when listening to Wham? Mitchell, like so many, looks back on the Wham years as something of a guilty pleasure. He remembers being a ten-year-old, “a perfect age as you have no prejudgment, and ‘Wake Me Up Before You Go Go’ was such a great number.” So Ants would always dip into covers, “an ideal way to warm up in a jam.” The Jackson cover ended up perfect for them, “so why not do a cover”?

The end result is really good, and infectious. The band beefs it up, a version that revives the great track with new energy, and the video is every bit as distinctive from Ants as “Smooth Criminal.” It has humour, a cast of players rocking out to the music, and smiles all the way. 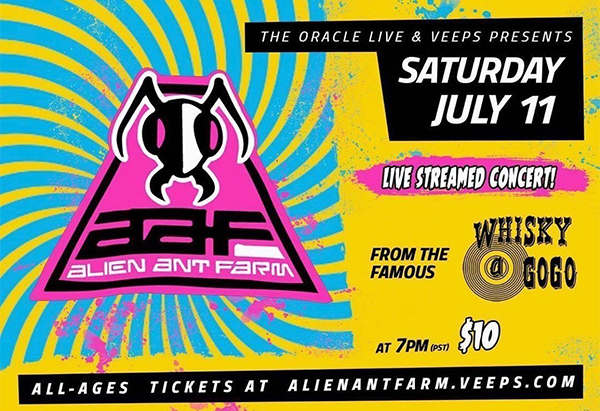 Although he admires bands like Alice in Chains with strong images, Ants are a bit looser with their image, but each video has its own momentum, on the whole friendly and done for fun, the Ghostbusters moment in “Movies” being an example. In “Everything She Wants” the video cast includes members of Insane Clown Posse and Carla Harvey of Butcher Babies fame, among others. It’s a range of characters surviving lockdown with a message of spirit, and tells of all being together even though apart. He would have liked George Michael and Andrew Ridgeway to see this version, he hoped they would like it; I really believe they would.

Although a sense of humour is important to the band, it’s not by any means the core. When a song such as “Attitude” is released, its whole theme means that the approach has to be different, “you pick and choose the mood.”

A solid drum sound has always been prominent, kicking into gear on “Everything She Wants”. It tells you from the off the band aims to rock.

Mike Cosgrove is on the drums, another founding member from its origins of the band in 1996. Mitchell agrees that the drum sound is integral to who the band are, and if the drummer doesn’t exactly start the car (the raw guitar riff kicking things off), once the song gets going “you need a bad ass on the drums.” If you listen, Ant Farm dabbles with 7-signature drum sounds.

Alien Ant Farm are a hard band to box, usually categorized as alternative rock or pop punk, and, as seen from the movement to Wham, Michael Jackson, and the occasional crazed, in-your-face beat of the band’s own material, they cross genres. “We are all guilty of boxing people, we started out as a heavy band, then we threw in technical bits, tried to appeal more to the masses, but we would always chuck in kinks and curves in the music.” This is a band that absolutely worked their way up the hard way. “We were weekend warriors, heading off in a van and playing to 300 or 500 people in a club, moving to different cities every weekend.” Mitchell is glad that he is not having to set a band in motion now, trying to do everything online. It’s difficult to get the audience to listen to an album in its entirety in the age of downloading.

There is plenty of new music out there if you look, and a lot of it very good, but the status of the album as a piece of work you listen to from start to finish is more questionable for the download generation. Nevertheless, Alien Ant Farm have been busy over the past few months, using the time to record for their sixth album, and now have around seven songs close to finish. Also, there are great things ahead for all Ant fans and it’s possible now to purchase tickets for their upcoming livestream performance at Whiskey A Go Go on July 11. Although any touring is off the map in 2020, there may be something happening in 2021. Time to get the ‘weekend warriors’ back on the road.

The Spill Magazine is a Toronto-based online publication dedicated to covering the independent music scene with a strong focus on our thriving hometown talent. Our writers bring you up-to-date news, in-depth features on musicians and reviews for the latest CD releases. We also travel to the front lines for all local festivals including Canadian Music Week and North by Northeast.Don’t forget to check out our Facebook and Twitter pages for all daily Spill updates.
RELATED ARTICLES
featuresmovies