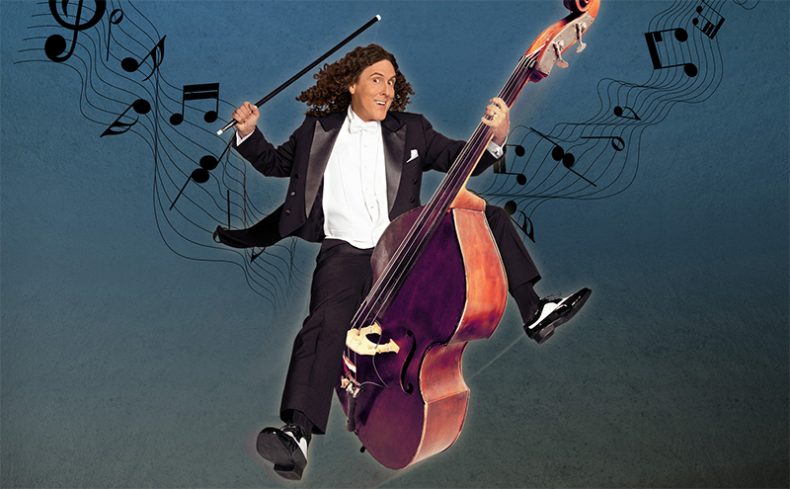 On this balmy night in Toronto, the city got weird. Taking his Strings Attached tour to the Budweiser Stage, the weird guy himself “Weird Al” Yankovic brought his arsenal of song parodies, his band and backup singers, and a full 41-piece orchestra to dazzle local fans with exactly what a career spanning over 40 years in comedic music looks and sounds like.

Very few active performers these days can say they have a multi-decade spanning career and still be going strong. Yankovic has shown that he has no intention of slowing down any time soon, especially if his most recent show is any indication.

What better opening act to open the show than the full symphony orchestra featured on the tour? Yankovic had previously stated that he’s not touring with a full orchestra but that the orchestra will be unique to the city. The Toronto orchestra featured local musicians and started off the evening with a selection from composer John Williams’ film classics including the “Theme from Mission: Impossible” and “Superman”, and selections from Star Wars.

The only noticeable technical glitch happened when Yankovic first took the stage. He opened with a jazz-inspired medley of “I Lost on Jeopardy”, “I Love Rocky Road”, and “Like a Surgeon” and it seemed his microphone wasn’t turned on until midway through “I Lost on Jeopardy”. 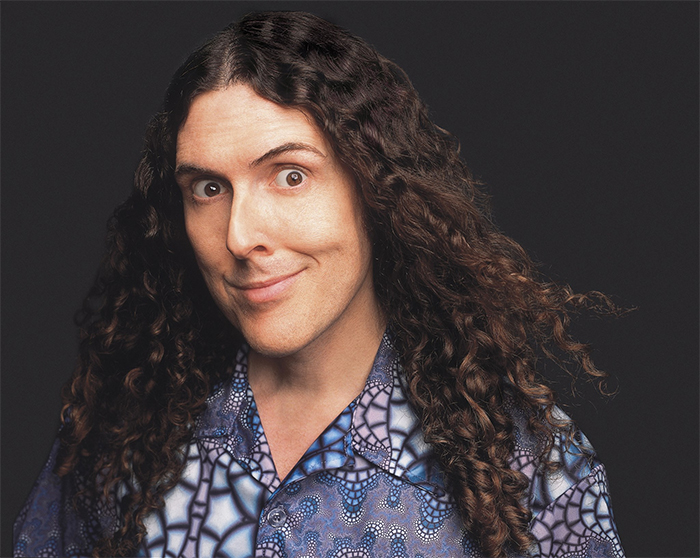 Yankovic’s vast and worldwide appeal comes from his witty and acutely intelligent lyrical rewrites to popular songs. Sometimes his chosen subject matter may be directly related to the song or band he’s parodying, other times it can be completely out of left field. There are also those songs by Yankovic that aren’t parodies and completely his own about the most bizarre and yet fascinating topics anyone can think of – like his song from 1989, “The Biggest Ball of Twine in Minnesota” that he performed complete with photo proof of said ball of twine. Amazing.

A best of “Weird Al” show is a wacky trip down memory lane. Rising to popularity in the ‘80s with his unique approach to music, he has quite the impressive discography of hits to choose from for this new tour. From his latest album Mandatory Fun released in 2014, he performed “Word Crimes” and “Tacky”. From his earlier yet classic years, he played some of my personal favourites “Amish Paradise”, “Jurassic Park” (during which Yankovic took the long musical interlude to have a drink served to him), and “Dare to be Stupid”.

The crowd, which appeared to be mostly people in their 30s or older, particularly loved when Yankovic performed “Smells Like Nirvana” and “White and Nerdy” (complete with an entrance via segue).

Yankovic takes ‘crowd interaction’ to a whole other level. During “One More Minute”, he not only left the stage to walk into the floor audience, he stopped to sing directly to  – while pressing his face against – to the security guard before wandering into the crowd, getting up close and personal, even climbing over people at will. He handed a few souvenirs to fans as well, including a pair of (clean, I assume) boxers that he pulled from his own pants. 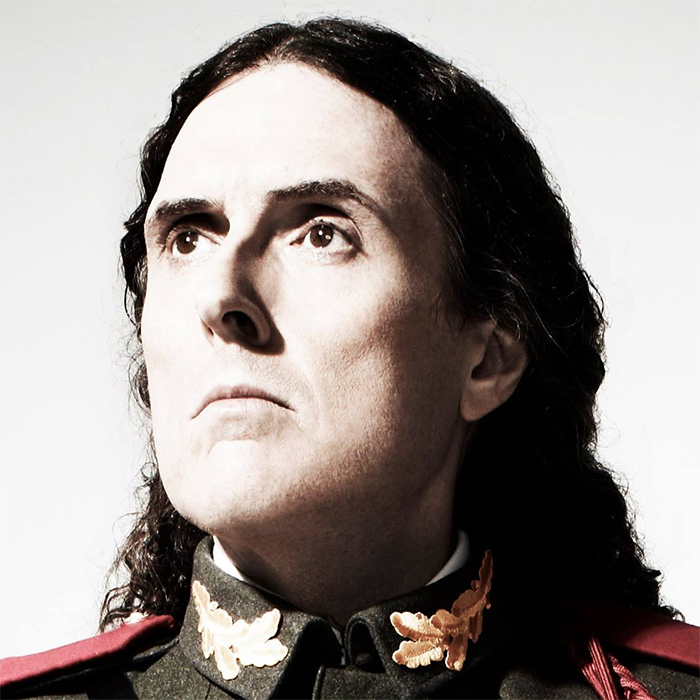 If you’re going to have an orchestra on your show, you best utilize them to the best of your ability. Yankovic did just this by performing his homage to his favourite rodent “Harvey the Wonder Hamster”, a song he says he hasn’t been able to perform live until now.

This two-hour performance went by at a whirlwind pace, barely pausing for breath, and featured numerous costume changes. During the interludes between songs, Yankovic played a montage of his top appearances and mentions in popular media. He introduced his band and allowed them their own solos – albeit barely a few notes long, but they were solos nonetheless.

Taking a page from James Brown, Yankovic closed the show debating if he could continue on but then finding the magical power within to throw off the dazzling cloak off him and continue on. For his encore, he re-emerged on stage dressed as a Jedi accompanied by Darth Vader, a handful of Stormtroopers, Chewie, and R2D2 for a Star Wars themed encore of “The Saga Begins” and “Yoda”.

Personally, seeing “Weird Al” in concert is a bucket list experience that I can happily tick off. Possibly the most genuine fun I’ve had at a concert in a long time, Yankovic definitely knows how to entertain a crowd and I can’t wait to see what he’s going to do next.

Samantha is both a writer and a fan of the arts and has been able to find numerous ways to pair the two. Eager to dive head first into writing for Spill, Samantha is an avid partaker and reviewer of live art in Toronto serving as an editor at Mooney on Theatre exploring live local theatre, she's a photojournalist for Been Here Done That, a travel, dining and tourism blog that focuses on Toronto and abroad and previously for Lithium Magazine. She's passionate about music, theatre, photography, writing -- not necessarily in that order. She drinks tea more than coffee, prefer ciders over beers, and sings karaoke way too loudly. You can follow her on various social media including Facebook, Twitter, and Instagram.
RELATED ARTICLES
budweiser stagelive reviewtoronto

by Kristen Manza on May 20, 2019
THE STROKES @ BUDWEISER STAGE, TORONTO MAY 20, 2019 “Toronto, are you ready for a Budweiser revolution?!” laughed Julian Casablancas, The Strokes frontman, as the band played a [...]