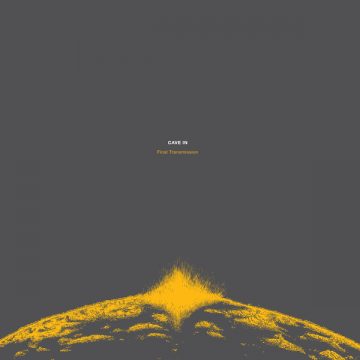 Suffering is something we don’t often talk about, yet is something we all endure. Caleb Scofield, long time Cave In bassist and vocalist, passed away in March of 2018 after a fatal car accident, leaving the band in a state of tragedy.

Final Transmission rises from the ashes of heartbreak and despair to deliver one of the most heartfelt albums in Cave In’s discography. With Scofield having already recorded bass demos for a majority of the album, Cave In picks up immediately where he left off, releasing an album as raw as Scofield’s vision.

The title track, “Final Transmission” opens up the album and boy, does it ever pull on your heartstrings. The track is a voice recording that Scofield had earlier sent to his bandmates before his death, as an idea for a future song. The acoustic guitar tones ring out beautifully despite the low production quality, and Scofield subtly provides calming vocals to accompany them.

As Scofield’s bass tracks were originally recorded as demos, the entire album has an extremely raw and unfiltered feel to it. A change of pace from previous stylings, but a welcomed one nonetheless. Tracks such as “Strange Reflection” pull the listener in with grunge-like guitar tones, catchy riffs and lyrics alike.

Overall, Final Transmission is an empathetic ode to an incredible musician, husband, and friend. While it must have been extremely tough to complete the album, the end product is a perfect microcosm of the band as a whole and a welcomed tribute to Scofield’s life.

Jonathan Del Pozo is a content creator with a passion for music hailing from Oakville, Ont. Del Pozo enjoys a multitude of genres, but admits his angsty teenage years created a bias toward anything heavy. When Del Pozo isn’t attending shows in the Golden Horseshoe, you can catch him in his room devouring coffee and creating content for local bands under his small business moniker, The Scene Remedy.
RELATED ARTICLES
album reviewalbum reviews
10