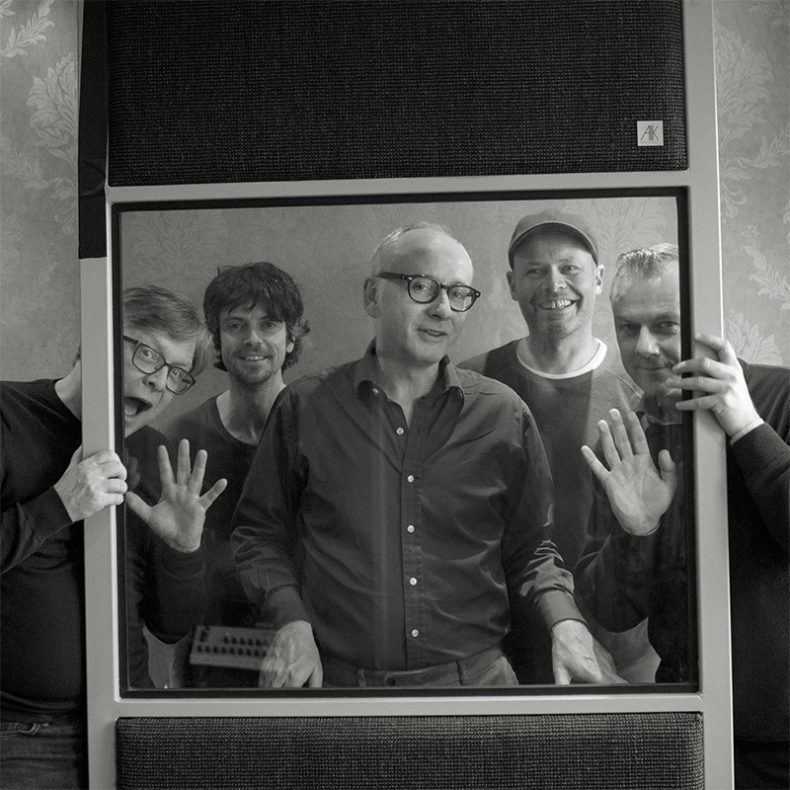 Like the welcome warmth of a spring wind, Teenage Fanclub blew through Toronto on this early March night–and fans were eager for their return. This current North American tour is significant, as it marks the band’s first tour since the departure of co-founder, bassist and songwriter Gerard Love, in November of 2018. However Love-less, Teenage Fanclub soldiers on.

Since their inaugural release, A Catholic Education in 1990, Teenage Fanclub has been sharing their distinct brand of alt/jangle/power pop consistently throughout the years, with their most recent album being 2016’s Here. Their release this year of the new single “Everything Is Falling Apart”, shows a way forward, despite the absence of Love’s sweet voice in harmony with co-founders Norman Blake and Raymond McGinley.

All that being said, Teenage Fanclub had something to prove when they took the stage. Kicking their set off with “About You,” the band led the audience on a time trip, touching on songs from their pre-millennial catalogue, such as “Start Again”, and “The Cabbage”. From early on in their performance, this band was set to show that they were still a rocking unit, with Blake and McGinley on guitars and vocals, coupled with the solid, tasteful and deliberate drumming of Francis MacDonald. For this tour, regular keyboardist Dave McGowan has switched to playing bass, and Euros Child has filled McGowan’s spot, on keys and backing vocals.

There were plenty of high points in the show, despite the absence of a key voice. The rocking hooky-ness of “Catholic Education”, the haunting piano figure of  “Only With You”, and the amazing harmonies and dynamic build of “The Concept” were all standout musical moments.

The band came back for an encore which included a Neil Young and Crazy Horse cover, “Don’t Cry No Tears”, as well as “The Fall” from their album Shadows. For the final song of the night, Blake invited Brendan Canning of Broken Social Scene to the stage, for help on a rollicking version of  “Everything Flows”, with heavy audience sing-along support on the chorus.

As one audience member remarked before the show, “In the early ‘90s, they combined heavy guitars with sweet melodies and harmonies and catchy hooks. They did it better than anyone else, before anyone else was doing it.” It was from this position that Teenage Fanclub built their fan base. Almost thirty years on, the sound may be tempered, and members may move on, but the band is still evolving. Given their performance in Toronto, this is a group that clearly respects their past, but are keen to move forward.

Bryan Williston has been involved in music since he was a young child. A veteran singer, songwriter, and music educator, Bryan has enjoyed playing a multitude of musical genres in a variety of outfits, over the years. Bryan lives in Whitby, Ontario.
RELATED ARTICLES
eric bachmanneverything is falling apartlive review