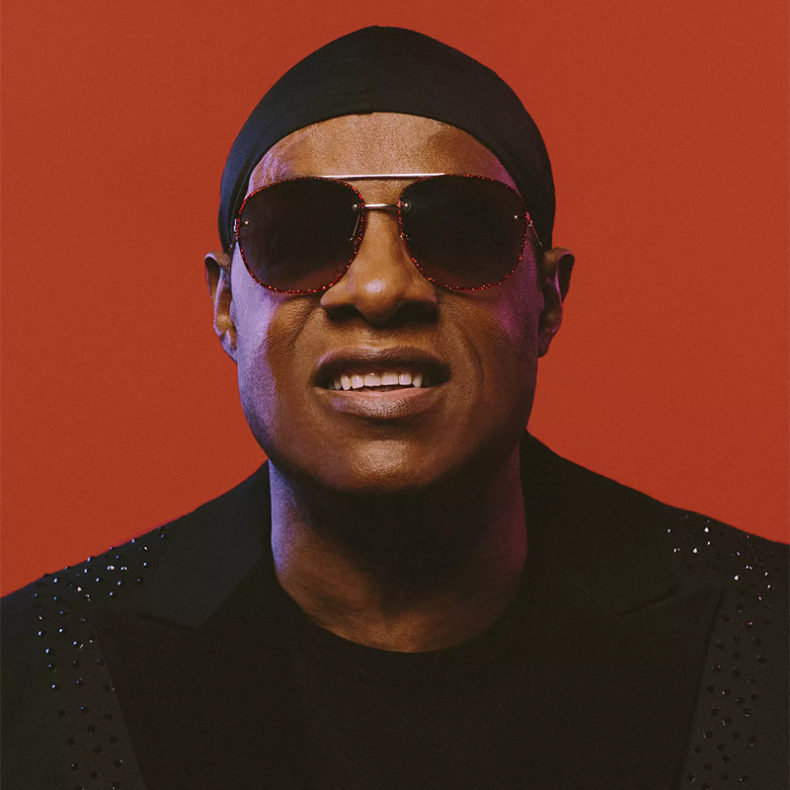 Few artists remain who are legendary in musicianship and talent; even fewer have had such an impact that they helped shape an era of popular music and continue to influence it for decades onward. Stevie Wonder is just one of those musicians and while on his current North American tour, The Stevie Wonder Song Party, Wonder brought the show and his all-star band to Ontario’s Casino Rama for two back-to-back sold out performances with his second show being nothing short of stellar.

Opening with the pulsating rhythms of “As If You Read My Mind” Wonder took his band – backed by a guitarist, bassist, four backing vocalists, a two man horn section which included trumpet and alto-sax, an additional keyboardist, and the incredible Stanley Randolph on drums – through a set that would approach the three hour mark and was brimming with hits an unparalleled level of musicianship. From the robust funk of “Higher Ground”, to the contemporary pop of ballads such as “My Cherie Amour”, the jazz of his Antônio Carlos Jobim cover of “The Girl From Ipanema” or the grooves of “I Wish”, Wonder and his band are the tightest ensemble I have ever seen. Not only was their concert incredibly dynamic as they improvised and jammed across Wonder’s vast genre blending career, but they did so with a flair that felt reminiscent and true to the music’s origins. The joy that was felt across the stage was apparent to the audience as we hung on to every note, chord, and syllable.

Wonder himself proves to still be a truly incredible musician as he jumped between a warm grand piano, two electronic keyboards, the harmonica, and a guitar-type instrument which he played like a piano. His voice remains smooth and warm with a wide range, from a rich baritone to those raspy Motown screams. His cover of John Lennon’s “Imagine” – simply the best I’ve ever heard the song – and his duet with guest vocalist Carvin Winans over “Isn’t She Lovely” was especially wonderful. His piano solos, while few and often short were just a reminder than nobody plays the keys like Wonder does. While there was never a need for a reminder, as he played through hits such as “Living For The City”, “Sir Duke”, “Master Blaster” – interwoven with Bob Marley’s “Jammin’” – and one of the greatest songs ever written, “Superstition” – which led into “Happy Birthday”, performed in celebration to his wife who he brought on stage for her birthday the next day – Wonder’s work remains timeless and as relevant and culturally important as ever.

Wonder and his music has always embodied the purest sense of musicality; perhaps it’s his lack of vision – something he joked about as he told the audience “stand up so I can see you” – that removes any sense of vanity or image, allowing it to retain a sense of purity that is almost always absent from music. This strips his compositions and performance down to the barest sense of honesty, integrity, and soul; there is no desire for the music to be anything other than for what it is: it is music for the sake of music. This was especially apparent in concert, even despite spending decades performing these hits, with Wonder surpassing all expectations of both his rich legacy – this is the artist after all who wrote Songs In The Key Of Life – and his last name. His performance and musical presence felt transcending; something I’ve only said about the likes of Prince, Chris Cornell, and Santana. Wonder remains beyond inspirational and is a true treasure, one who, after this concert, I would see again and again simply to experience music performed in the most joyful, soulful, and purest manner.

A passion for music has always been a part of Gerrod’s life. As a young boy, he was raised on a steady diet of the music from The Chili Peppers, Aerosmith, The Stones, Prince, and others from his mum. Raised in the GTA, Gerrod continued to foster his love for music by attending a wide range of concerts and learning the drums. His unapologetic passion for music has no bounds and has spread to a wide variety of styles, whether it be the 90’s rock that sound tracked his teenage years, the jazz he studied in university, or his newfound love for hip-hop. He recently received his bachelors in music and education from York University and is passionate about writing and reviewing good (and less than good) music. Gerrod is also the drummer and songwriter for a Toronto based rock & roll band, One In The Chamber.
RELATED ARTICLES
casino ramalive revieworillia

by Talia Wooldridge on April 4, 2017
IT’S DECIDED AN INTERVIEW WITH ANDY KIM There’s something special that occurs when speaking with legend, Andy Kim. This Canadian Hall of Fame inductee has sold 30 million records [...]