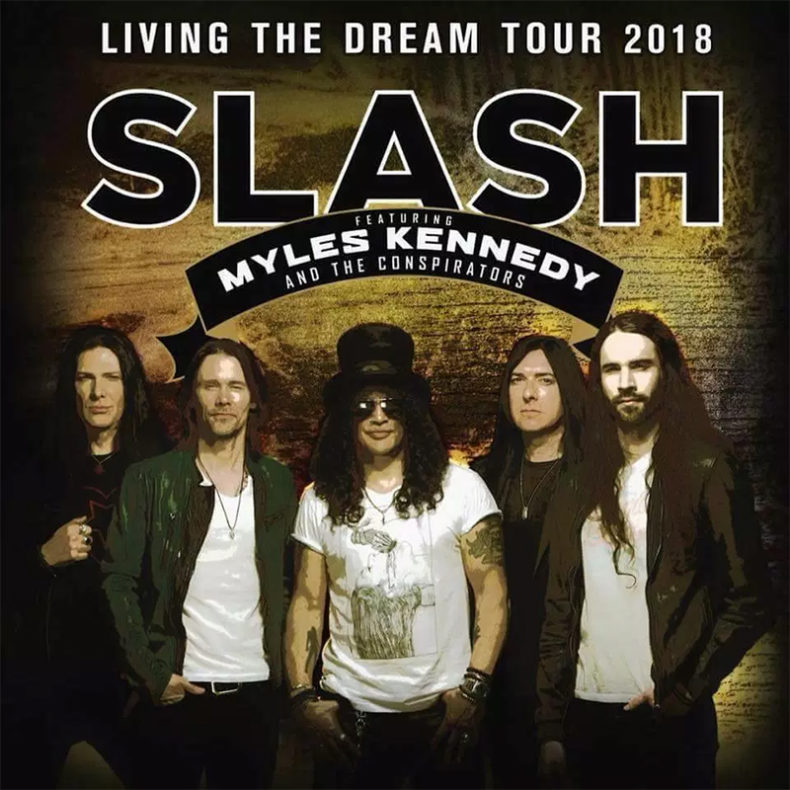 Opening with “Avalon”, Slash, Kennedy, and The Conspirators wasted no time getting the show started. While their set only ran for a modest hour and a half due to venue policies and a strict curfew, the band was tight and unrelenting, only letting up for a handful of songs. With only seconds between the final notes of “Avalon”, the band jumped straight into “Halo”, maintaining a steady pace throughout the rest of the night to ensure the audience got as much material as they could. As their set progressed, tour staples from their three albums, such as “Standing In The Sun”, “You’re A Lie”, and “Wicked Stone” were mixed in with tracks from Living The Dream, including the lead single, “Driving Rain”, along with “My Antidote”, “Mind Your Manners”, and “The Call Of The Wild”.

It was clear that Slash and co. have only improved over the years since their last Toronto show at the now defunct Sound Academy in 2012. While Kennedy’s vocals remain some of the strongest in modern rock – something he continues to assert this year with his debut solo album, Year Of The Tiger, and the recently released Alter Bridge album, Live At The Royal Albert Hall – the band as a whole seems far tighter with Slash. Whilst maintaining his notorious slithery style that made him a guitar hero, he seems to have become even more precise and clean of a guitarist. This was clear through each solo he took, whether improvising over the song with a distorted blues inspired flair or playing his better-known solos note for note as recorded. He performed each like it would be the last solo of the night. 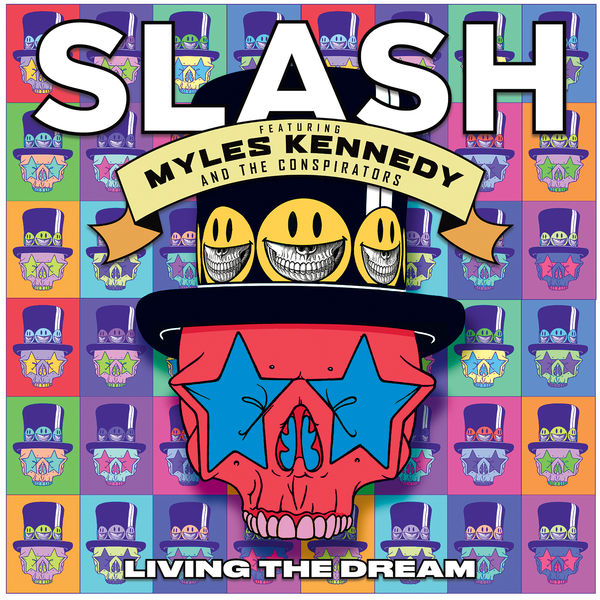 Highlights from the concert included a show stopping performance of “Back From Cali” and “Star Light” along with surprise inclusions of Velvet Revolver’s “Fall To Pieces” and “Nightrain” – the only Guns ‘N’ Roses song performed that night. Kerns also took lead vocals on “Doctor Alibi” originally sung by the late Lemmy Kilmister, and “We’re All Gonna Die” originally sung by Iggy Pop. To close the show, Slash performed the intense and explosive “Anastasia” which ended in a lengthy solo section for Slash to rip up a series of fiery lines.

Despite its length, Slash, Myles Kennedy, and The Conspirators put on an absolutely killer performance worthy of not only their collective reputation as a band, but as the individual icons that they are. Slash just seems to keep getting better; being back in Guns – and perhaps busier than he’s been in quite some time – it is great to see him continue to put his all into his solo albums and performances. Slash remains and reasserts himself as one of the absolute coolest rockstars around as he saunters across the stage with a casual lean as he lays out a quick solo. Whether it’s a stadium or a theater, he is certain to impress, and when he hits the stage with Kennedy and The Conspirators, they will exceed all expectations.

A passion for music has always been a part of Gerrod’s life. As a young boy, he was raised on a steady diet of the music from The Chili Peppers, Aerosmith, The Stones, Prince, and others from his mum. Raised in the GTA, Gerrod continued to foster his love for music by attending a wide range of concerts and learning the drums. His unapologetic passion for music has no bounds and has spread to a wide variety of styles, whether it be the 90’s rock that sound tracked his teenage years, the jazz he studied in university, or his newfound love for hip-hop. He recently received his bachelors in music and education from York University and is passionate about writing and reviewing good (and less than good) music. Gerrod is also the drummer and songwriter for a Toronto based rock & roll band, One In The Chamber.
RELATED ARTICLES
casino ramaguns n' roseslive review

by Gerrod Harris on April 25, 2019
ALICE IN CHAINS & CITY AND COLOUR @ CASINO RAMA, ORILLIA APRIL 25, 2018 It certainly is a great time to be an Alice In Chains fan. Not only would I consider last year’s Rainier Fog among their greatest work, but their ongoing Black Antenna [...]

by Gerrod Harris on November 9, 2018
Stevie Wonder @ Casino Rama, Orillia November 9, 2018 Few artists remain who are legendary in musicianship and talent; even fewer have had such an impact that they helped shape an era of popular music and continue to influence it for decades [...]