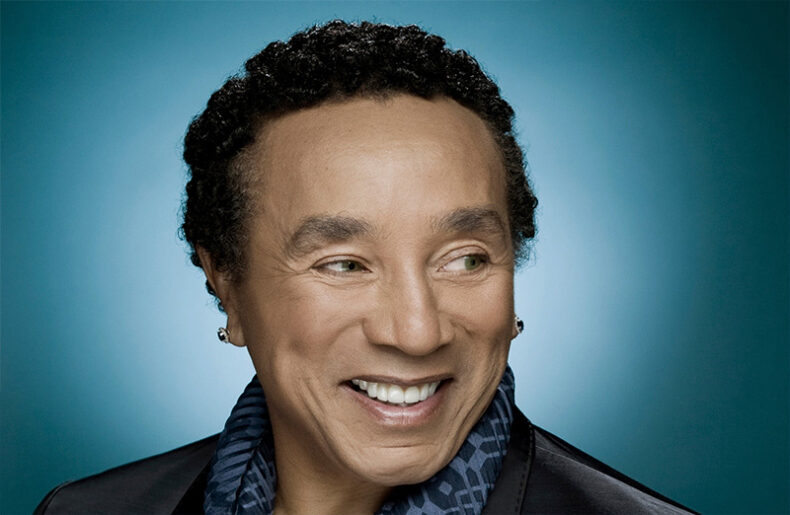 Smokey Robinson needs no introduction, but allow me to give it a try. He is an iconic singer, songwriter, producer, record executive, “the world’s greatest poet” according to Bob Dylan. He was also one of the Beatles’ primary inspirations. He was “like a god in our eyes,” Sir Paul McCartney said. So when you have tickets to see an artist like this who’s reached their eighth decade, you recognize their voice and energy may not be what it used to be. Sometimes there are younger back-up singers who help hit the high notes; other times there’s some dependence on the audience to belt out the choruses.

There were incredibly talented backup singers and enthusiastic audience participation at this Toronto Jazz Festival show, which made the songs superbly nuanced and a lot of fun, but to say Robinson’s voice and energy were fine on their own would be the understatement of the century.

His vocals are just as strong and breathtaking as they were half a century ago. He sang, danced, joked, and, well, laughingly gyrated the night away. “We love Toronto,” he said, “and we came here to have some FUN!”

He gave the audience what it wanted. He and his large backing band performed all the favourites, including “You’ve Really Got a Hold on Me,” “I Second That Emotion,” “Being With You,” “Ooh Baby Baby,” and “Fly Me to the Moon (In Other Words)”. The “Tracks of My Tears” performance was one of the best. The first half was soft and soulful, and the second half surprisingly turned loud and energetic, allowing Robinson to show off his dance moves. He’s a bit of a ham, too — he joked back and forth with a woman in the front row and her partner, before singing “I Love Your Face” directly to her while her partner made a show of putting his arm around her, and everyone laughed.

One of the best parts of the show (aside from Robinson’s unbelievable vocals, of course) was hearing him reminisce about the Motown era. ‘It started about 30 years before I was born,’ he joked. You could walk the streets of Detroit in those days, he said, and come across regular shows by artists like The Supremes, The Four Tops, Marvin Gaye, Martha and the Vandellas, the Temptations, Stevie Wonder… the list went on.

The finale had Robinson selecting two people from opposite sides of the concert hall to join him onstage and give them the job of leading the audience in a singalong. We were divided into two groups, competing with each other in belting out the chorus of “Cruisin’” the loudest and most enthusiastically. Eventually he led us all to sing together, and this epic version of the classic song was the perfect end to the night.

Meryl has loved music from the early days when she'd bring her parents' records up to her bedroom and play them on her plastic Sesame Street record player. She is an appreciator of a wide variety of genres, an enthusiastic concertgoer, and a musician. She has also been a writer and editor for years, so combining these passions to review music was a no-brainer. She currently lives in Toronto; you might find her honing her skills at open mics around town. Don’t forget to check out our Facebook and Twitter pages for all daily Spill updates.
RELATED ARTICLES
live reviewmeridian hallsmokey robinson