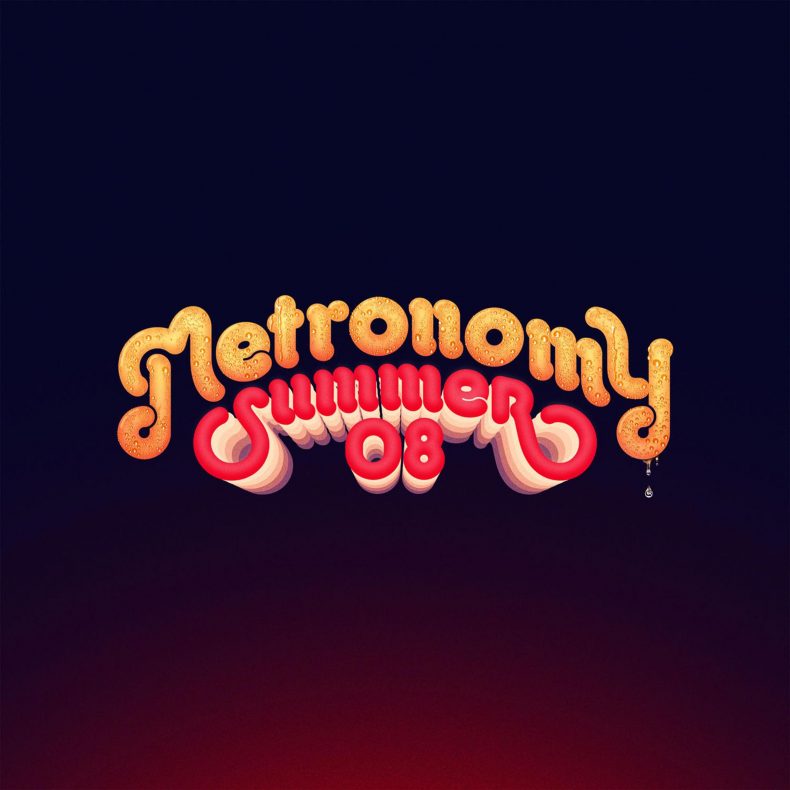 Entirely written, played and produced by Mount himself, ‘Summer 08’ finds the multi-instrumentalist reflecting on his experiences around the time that Metronomy first landed a major breakthrough with the ‘Nights Out’ album – the guilt at spending key moments in loved ones’ lives in the back of a tour bus, and the confused mania of finding himself a critical darling.

It’s a concept that’s been gestating ever since, but the opportunities and challenges that resulted in the expansive, ambitious and Mercury Prize-nominated ‘The English Riviera’ and the Motown-inspired ‘Love Letters’ understandably took precedence.

“I had those other albums – and how I wanted to record in bigger studios – out of my system,” he explains. “I wanted to make another record with the naivety of ‘Nights Out’: ten tracks, straight up, upbeat. Write another banger, then another, and don’t really think about it.”

Mount’s aim for ‘Summer 08’ was to make a mature, eclectic pop record in the vein of classic works by OutKast, David Bowie and Daft Punk. Recorded in Black Box Studios in France with mixing courtesy of Bob Clearmountain (Bruce Springsteen, David Bowie) and Neal Pogue (OutKast), it’s the most daring and creative Metronomy album for a good reason – they won’t be touring it any time soon. “I want to have a break from touring but I don’t want a break from putting out music,” says Mount, noting that he wants to prioritize time with his two young children.

The album’s first single ‘Old Skool’ is a cowbell-clattered cocaine pop belter that glimpses ’00s London from the backseat of an Addison Lee. It descends into a chaotic scratch frenzy courtesy of Beastie Boys’ turntablist and Mount’s childhood hero Mix Master Mike.

As for the lyrics? “I was living in East London in 2008 and felt like all this stuff was happening in the West end. It’s nonsense really, but I felt it was this privileged end of town, all the musicians there had wealthy parents and were living in Ladbroke Grove and Notting Hill. So that song’s about being totally idiotic and just jealous.”

‘Night Owl’ is even more immediate as its disco-groove – at once laidback, then nervously on edge – captures the ambience of a downbeat soul lost in the nocturnal summer swelter of the capital. Elsewhere, there’s warbling festival anthem-in-the-making ‘Miami Logic’, which sounds like ‘Word Up’ as performed by Devo; an early East Coast hip-hop rough ride called ‘16 Beat’ about a love affair between man and drum machine; and a brilliant moment of Bowie worship titled ‘Mick Slow’.

It’s the album’s duet with Swedish superstar Robyn, ‘Hang Me Out To Dry’, mixed by Erol Alkan, that’s the songwriter’s favourite though. An early draft of the track was recorded for ‘The English Riviera’ but it has only now realised its full potential.

SPILL NEW MUSIC strives to keep our readers up-to-date with new releases by your favourite artists, keeping you informed of new album, single, and video releases. Stay tuned -- who knows, you might just discover your new favourite band.
RELATED ARTICLES
because musicmetronomynew music
7.0

by Calum Moran on February 18, 2022
Metronomy Small World Because Music Metronomy — the Joseph Mount-led collective from England — is now on their seventh album and seems to be taking things easy this time around. Understated [...]

SPILL TRACK OF THE DAY: JUSTICE – “SAFE AND SOUND”